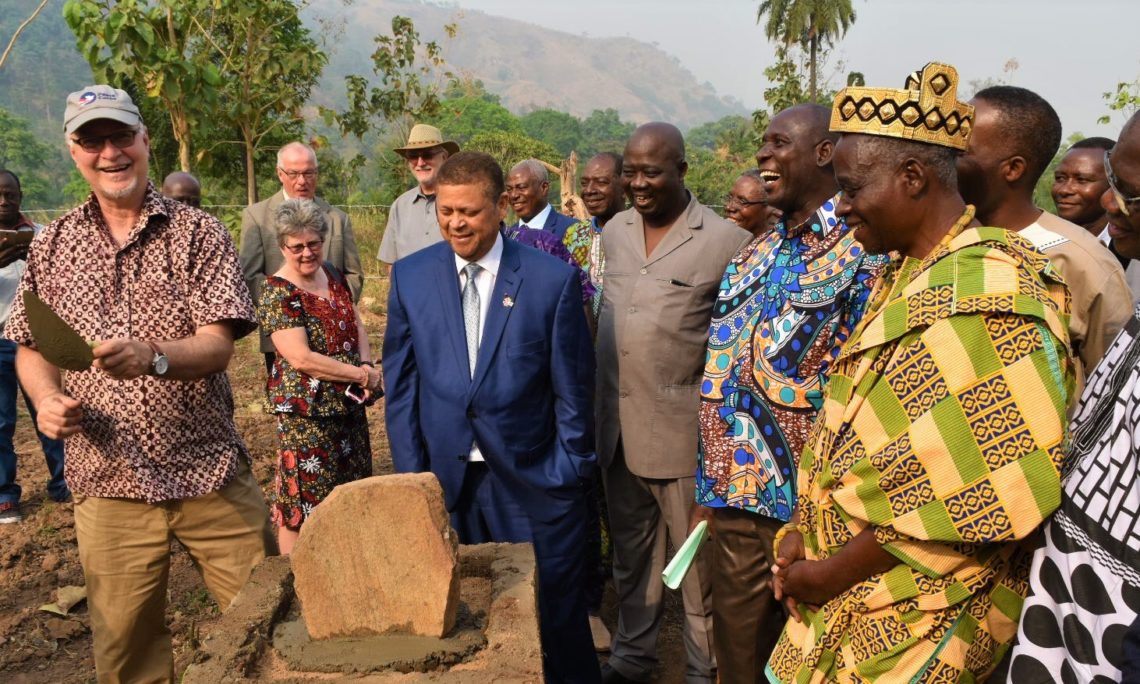 Five former Peace Corps Volunteers who served in Togo in the late 70’s returned earlier this year to demonstrate their sustained commitment to improving education in the country. RPCVs Marty Havlovi (Tomegbe 1976-1978, Amlamé 1979), Susan White (Amlamé 1978-1980, Danyi Apeyeme 1980-1981), Bill Ferguson (Bafilo 1976-1979), Bill Hague (Adjahun 1977-1980), and Don Lonergan were reunited with their old students, work counterparts, and friends who gathered across the country to celebrate their return.

The five RPCVs have stayed in touch with their mentors and have remained dedicated to Peace Corps’ efforts in Togo and especially dedicated to Togolese education. The visit was part their ongoing efforts to improve the state of education in their former communities. The African Education Foundation, started by RPCV Bill Hague, donated a new CEG in Amlamé, renovated classrooms in Agadji and will help with the construction of a new community center in Amlamé. The trip also included distributing new tables in CEG A Atakpame and Lycee de Notse. Notable attendees to the ground breaking ceremonies included the Minister of Primary & Secondary Education Komi Paalamwé Tchakpele; Previous Ambassador to Belgium and the European Union, Ambassador Félix Kodjo Sagbo; and Peace Corps Director Victor Luboyeski.