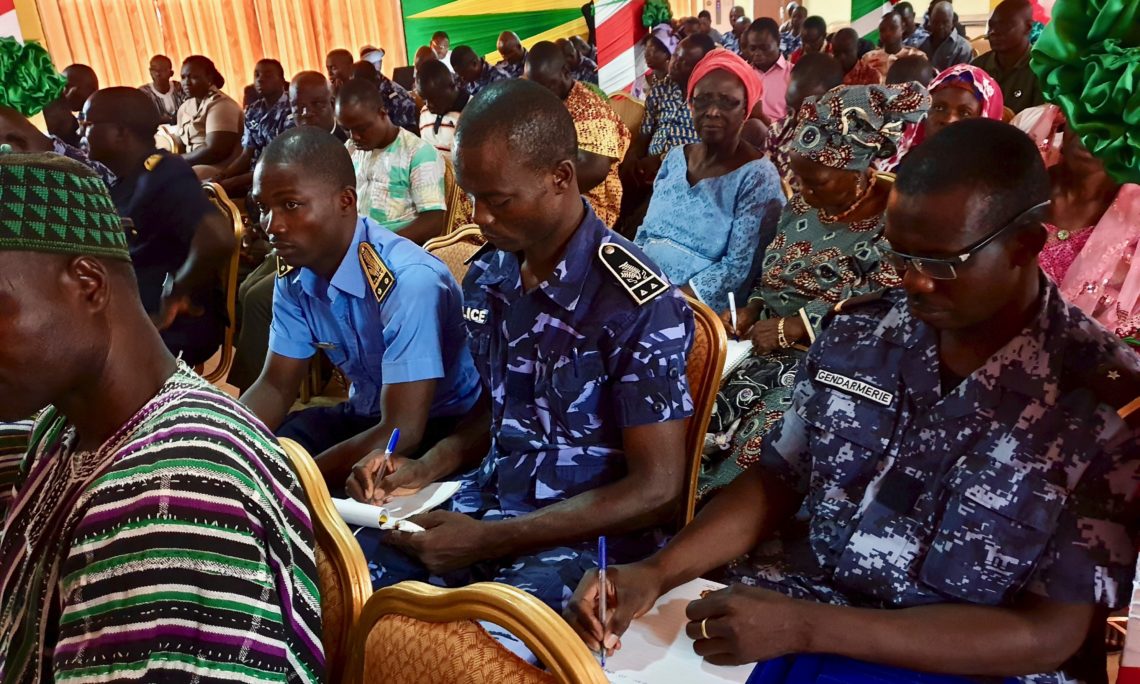 Organized by the U.S. Embassy and the Togolese government, this meeting brought together about 100 representatives of the police, gendarmerie, administration, village development committees, women’s and youth groups from the prefectures of Tône, Cinkassé, Kpendjal, Tandjouare, West Kpendjal, Oti and South Oti. Also present were the Minister of Social Action, a regional governor of Burkina Faso, civil society leaders, UNDP, and the GIZ (German Cooperation).

The main objective of the event was to foster dialogue and exchange of experiences in order to prepare public institutions and populations to be able to identify and prevent violent extremism by building a collaborative dynamic between defense and security forces and populations. The conference will also enable participants to contribute to the identification of potential sources of conflict in the Savannah region, as well as to the enhancement of the empowerment of youth and women.

Ambassador Stromayer in his speech stressed that “the actions of the security forces alone will not be enough to overcome the threat of extremism. We must build bridges of collaboration between security forces, government authorities, religious leaders and civil society groups that all too often distrust each other and work in contradiction. If this can be done, it can deprive extremist ideology of the fertile ground in which it grows. The source of radicalism is a lack of hope for the future. Instead, we must offer all the citizens of this country the hope that they have a role to play in the national project to create a more stable, prosperous and democratic Togo’.

During the conference, an Inter-ministerial Committee to Combat Violent Extremism was set up. It includes departments such as decentralization, health, justice, social affairs, and grassroots development.

Ambassador Stromayer took advantage of the opportunity to announce the availability of a fund of 12,000,000 CFA intended to support the economic emancipation of young people in each prefecture of the Savannah through a forthcoming call for proposals.