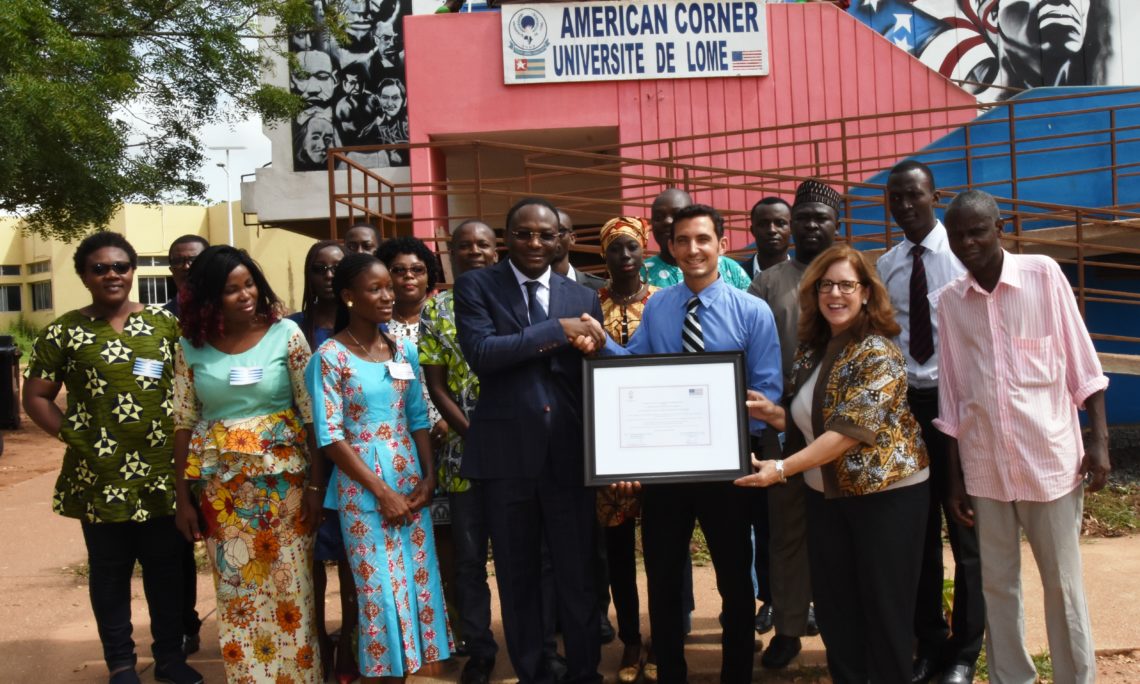 The U.S. Embassy and the Government of Togo have agreed to enter into a partnership to support young social entrepreneurs in Togo. The agreement was signed March 25 on the margins of a workshop organized by the Embassy’s Public Affairs Section to promote the concept of social enterprises, which are broadly defined as organizations that value social impacts as much as profits. The agreement stipulates that the embassy will provide technical support to the Resource Center for Social Entrepreneurs, a newly created structure within the National Council for Youth Employment (CNEJ), within the Ministry of Grassroots Development. Signing for the Embassy was Public Affairs Officer Mike Pryor, while CNEJ secretary General Eric Tamandja represented the Togo side.

The signing ceremony helped kick off a week-long workshop on social entrepreneurship organized by the Embassy and led by Theresa Carrington, founder of the social business TenbyThree, which employs thousands of workers in eight countries (including Togo) making baskets and home décor products which are sold in the U.S. TenbyThree has lifted thousands of people out of povety thanks to its innovative model, which challenges every employee to start three additional side businesses with the higher-than-average wages they receive from TenbyThree.

Social enterprises, which mix the focus on results of the private sector with the commitment to solving social problems of charities, have been attracting considerable attention and investment in recent years. Togo is home to several examples of social businesses that are world leaders. The American cosmetics company Alaffia, which won the State Department’s Award for Corporate Excellence in 2018, is based in Togo. Alaffia pays fair wages to thousands of employees in Togo and supports investments in health and education, while at the same time employing over a hundred Americans at its plant in Washington State.

The Embassy and CNEJ will co-host the 2nd annual International Conference on Social Enterprises in Lome on June 6-7, 2019.