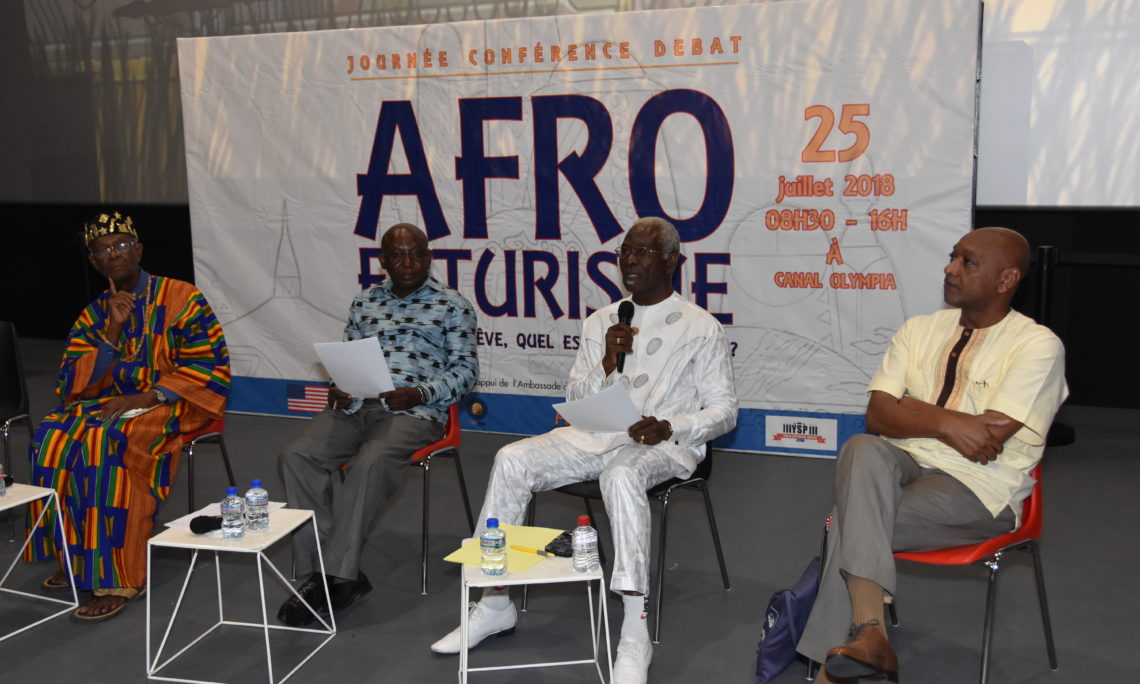 Panellists during the debate on religion and African values

PAS Lome teamed up with the ministry of Culture, the German Cultural Institute, local cultural association Tre Kha, and the movie theater chain Canal Olympia to organize Togo’s first-ever conference on the theme of Afrofuturism. Afrofuturism is a concept first expressed in the works of African-American science fictions writers and musicians that holds that the solutions to humanities problems will emerge from the cultural traditions and the ingenuity of Africa. The concept was thrust into the spotlight earlier this year following the release of the box-office phenomenon Black Panther, which portrayed a technologically advanced African kingdom called Wakanda.

The conference was entitled “What is your dream? What is your Wakanda?” and brought together 300 participants and a broad range of Togolese policy makers, academics, artists, and social entrepreneurs to discuss how Togo can overcome colonial legacies and outmoded thinking to build a brighter future for its people. Panel sessions were devoted to: Architecture and Urban Planning; Political Institutions; Afro-futurism in Art; Medicine, Health, and Agriculture; and Religion and African Values.

During his opening remarks, U.S. Ambassador David Gilmour explained that Afrofuturism can be a motor for development, innovation, and growth. “The value of Afrofuturism is that it looks bravely at the future,” Gilmour said. “During today’s conference, we will boldly proclaim that the future of Togo will be written by Togolese, and that there is no challenge too great that cannot be overcome by the ingenuity, the imagination, and the strength of the Togolese spirit.”

Attendees at the event included the Minister of Culture and the Minister of Urban Planning, as well as the former Prime Minister of Togo. The event was widely covered by all Togolese media outlets, and ended with a packed free screening of the movie Black Panther.