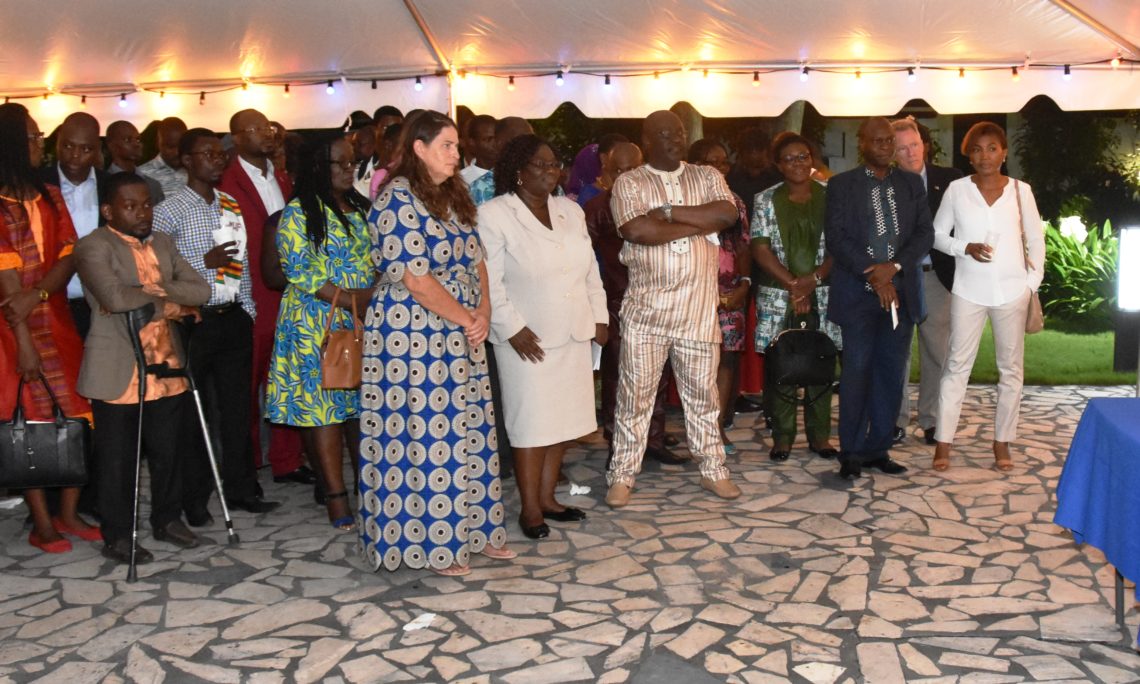 View of guests at the reception

Togo 2017 Mandela Washington Fellows were the special guests at Ambassador David Gilmour’s residence Friday September 29. Other guests included members of the government of Togo, key alumni from diverse horizons as well as representatives from YALI regional centers (RLCs). A choir of visually impaired young professionals and students opened the party with a song. The agenda included a lively video introducing YALI with short interviews of each Togo 2017 MWF sharing how they intend to share the U.S. experience and the way forward. A Togo YALI song concluded the ceremony followed by a social hour during which Mandela Washington Fellows mingled, enrich their contacts and network.