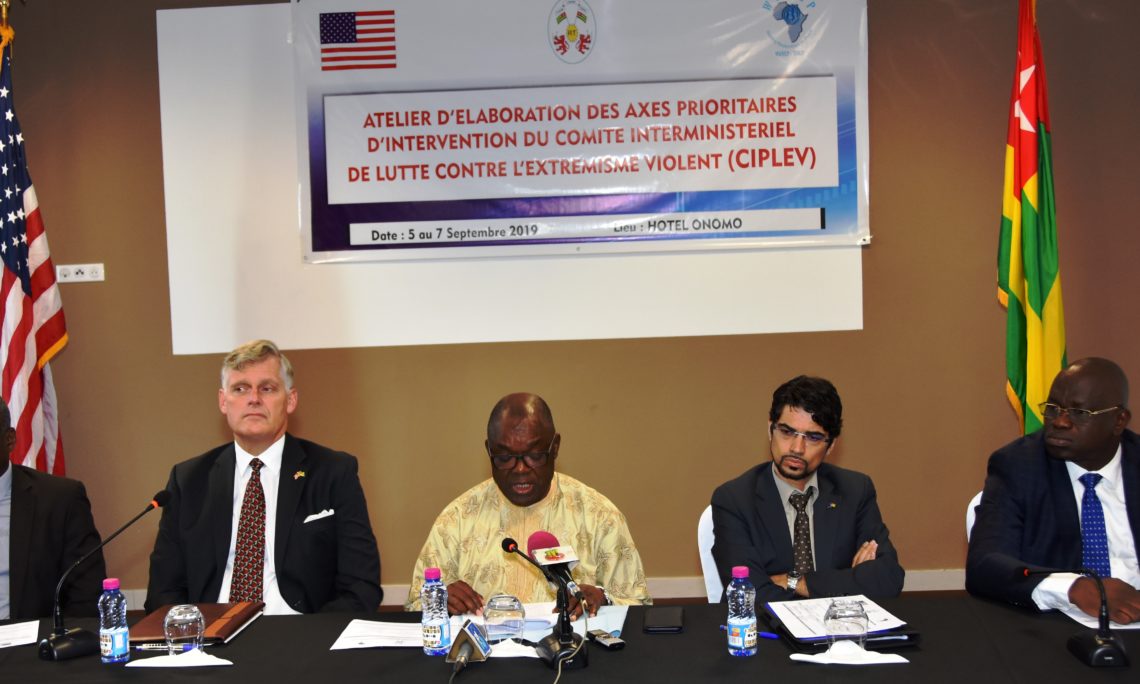 Ambassador Eric Stromayer and the partners

In June, at the Dapaong conference on social cohesion, we recalled that violent extremism threatens not only the stability and future of Togo but also that of the entire region.  The United States and our partners support Togo as it faces this threat.

We are pleased to note that since this conference, events have accelerated in the right direction.  USAID, UNDP and the European Union have conducted evaluation missions in the Savanes region to understand better the potential and factors that contribute to violent extremism.  The government of Togo has also officially launched the Inter-ministerial Committee for the Prevention and Fight against Violent Extremism (CIPLEV), the reason that we are here today.  We are therefore witnessing a rare mobilization of partners and the government to understand better this new situation and, above all, to provide rapid but adapted solutions to the threat.

We all know that action from security forces alone will not be enough to overcome this threat.  As such, we must continue to build bridges of collaboration between security forces, government authorities, religious leaders, and civil society groups that too often distrust each other and work at cross purposes.

A comprehensive and integrated strategy is necessary to prevent and combat violent extremism.  Such a strategy could usefully include unified action on concrete solutions to the root causes of extremism and consideration of the type of engagement that would most effectively address the threat of violent extremism.  Our embassy is supporting CIPLEV to facilitate such a strategy.

We therefore hope that this planning workshop will serve to develop a flexible approach to interventions that includes not only essential security-based measures to combat extremism, but also systematic preventive measures that directly address the underlying causes that lead individuals to radicalize and join these violent extremist groups.

Finally, I would like to express my warmest thanks to my colleagues from the other UN agencies and diplomatic missions for their collaboration on countering violent extremism.

I wish this planning workshop every success.

Thank you very much.