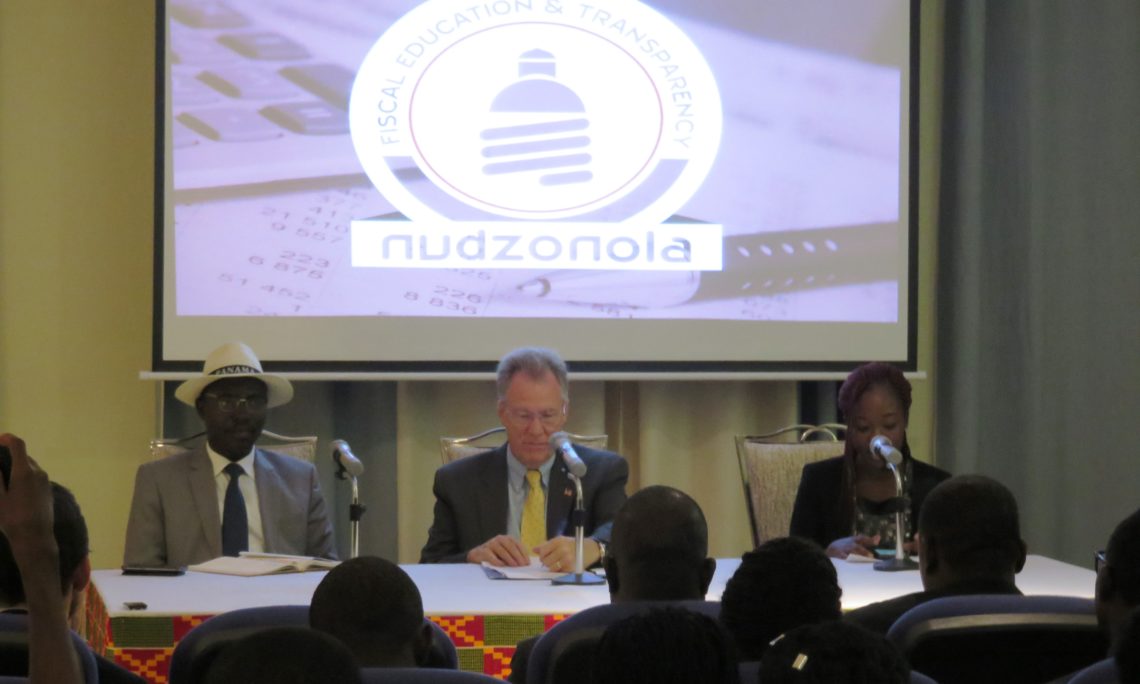 The Education for Tax Transparency and Accountability Project “Nudzonola” (the awaken citizen in one of Togo’s local dialects) was launched by Ambassador Gilmour. This award project from the Transparency and Small Grant Competition will educate citizens about taxes payment, and teach them tactics and actions to take to make sure public officials manage taxes and public money fairly and efficiently. The two-phase project will be implemented in all 6 Togo regions. The first phase consisted in the official launching while the second one will be marked by workshops drafting and adoption of community charters for improved transparency in collaboration with local decision makers, namely mayors, members of parliament, chiefs and civil society actors. In total about 12, 000 citizens in six local communities will be trained in fiscal education, and about 120 dynamic community leaders empowered on how to track efficiently public expenditures at the local level.