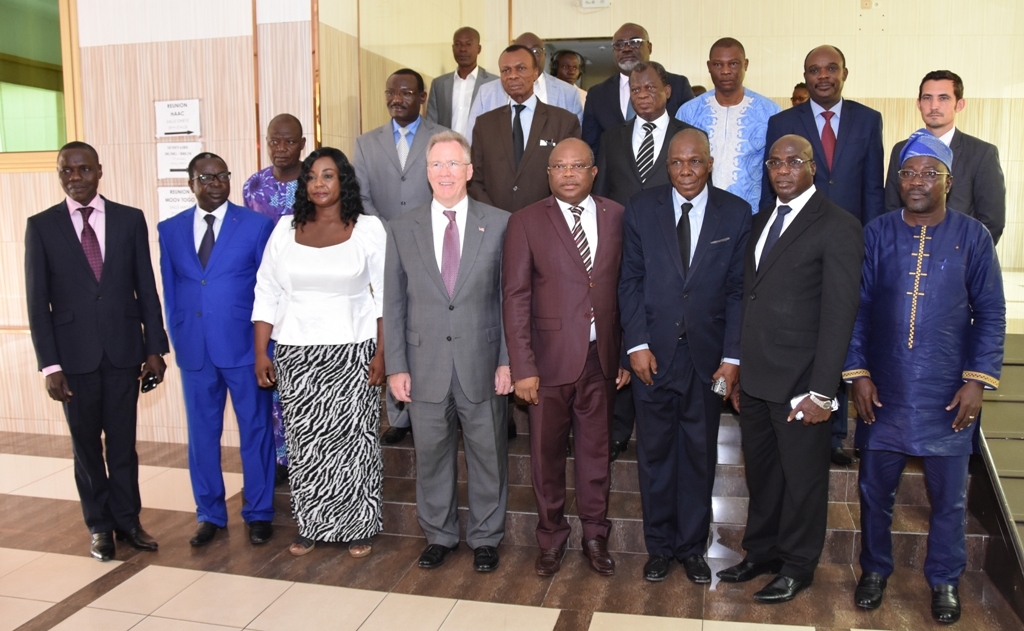 It is a tremendous pleasure for me to be with you today. Today’s ceremony marks the culmination of more than two years of discussions and negotiations about bringing Voice of America to Togo.

Voice of America, commonly called VOA, is an international multimedia broadcaster with service in more than 40 languages, and an estimated weekly global audience of more than 230 million people. In West Africa, VOA has FM frequencies in Senegal, Mali, Ghana, Ivory Coast, and Burkina Faso. Today, it is with great pride and satisfaction that I inform you that Togo will soon join this list.

I would like to seize this opportunity to thank the staff of the HAAC for working closely with my team at the Embassy to bring this project to its conclusion. I want to especially thank President Pitalounani for his leadership, which I believed was instrumental in finally carrying this project to the finish line.

After today, 102.3 will henceforth be the frequency of Voice of America on the Togolese airwaves. This is good news for the people of Togo for two important reasons.

The first reason is that VOA will represent a source of credible information for Togolese listeners.

In 1941, VOA’s initial broadcast began with the pledge: “The news may be good or bad for us, but we will always tell you the truth.” For more than 75 years, VOA has lived up to this promise. Since 1942, the Voice of America has built a global reputation as a consistently reliable source of news and information. Accuracy, balance, comprehensiveness, and objectivity are the qualities audiences around the world expect of VOA.

Today, in a world awash in disinformation and fake news, these qualities are more important than ever. The role of the media in providing credible information is fundamental to the realization of our freedom, because democracy depends on an informed citizenry. Togolese listeners who tune in to VOA will hear the news reported in a way that is accurate, objective, and comprehensive.

The other reason to applaud the arrival of VOA is that it will mean more English on the radio. Over the past several decade, English has emerged as the global language of trade and commerce. It is estimated that today 1.5 billion people – 20% of the world’s population – speak English. This includes almost 300 million people in the neighboring countries of Ghana and Nigeria. To connect with these different markets and truly become an international hub for services, logistics, and transport, Togo needs a population that speaks English. Fortunately, VOA provides hours of programming each day in English – including programs specially designed for English learners – that will help Togolese audiences master the

language and feel confident speaking and communicating in English.

So, for all these reasons, today is a very important day for the development of the media landscape here in Togo and the development of positive relations between our two countries.  To all of you who worked hard to make this day a reality, I offer you my thanks once again.