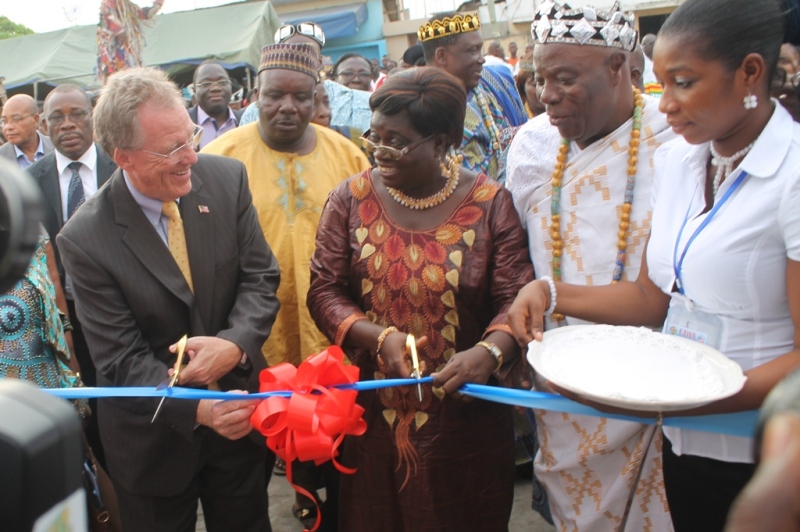 U.S. Ambassador David Gilmour and the representative of the Minister of Health cutting the ribbon

On December 5, 2016 Ambassador Gilmour inaugurated the Amoutive Maternity Ward during a ceremony organized by the Development Office in conjunction with the Amoutive Integrated Development Committee. During his remarks, the Ambassador declared that “Expanding access to quality health care is one of the U.S. Embassy’s primary objectives in Togo and I am proud that we can contribute to improving the lives of Togolese people. This health clinic is a wonderful resource for a community that has been lacking such a facility for too long”.  The facility includes Doctor’s Offices, Examination rooms, a Labor and Delivery room, a Recovery room, and a Pharmacy. In 2015 alone, the Unites States Government provided more than 14 million dollars – more than 7 billion FCFA – in development assistance to Togo.