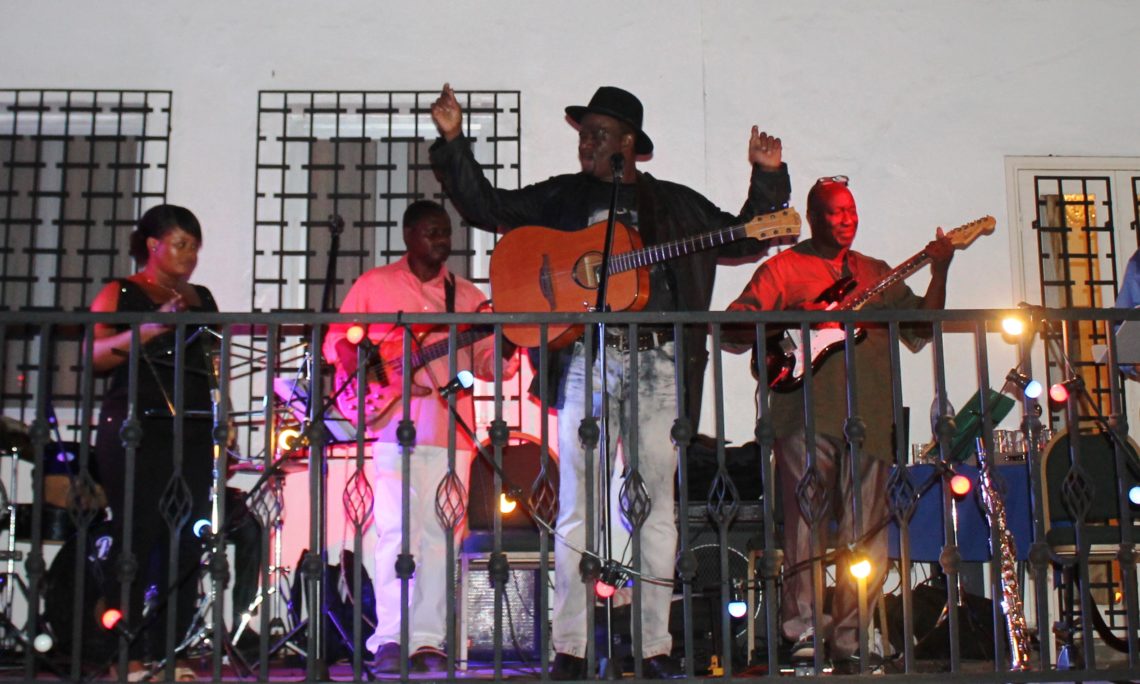 U.S. Ambassador David Gilmour and Mrs. Gilmour hosted a cultural celebration involving an art exhibition and music concert at their residence.   This purpose of the event was to highlight the role that art and culture can play in promoting economic growth, by showcasing a number of talented Togolese artists and musicians. It also marked the unveiling of the Ambassador’s collection of art provided by the State Department’s “Arts in Embassies” program.

The event featured an audience of over 150 artists, musicians, civil society actors, and diplomatic and government officials. Special guests included the famed Togolese artist Jimmy Hope, who joined Ambassador Gilmour to wow the audience with jazz, blues and rock music. The creativity of young Togolese was also celebrated through the exhibition of two paintings from young students who worked under the guidance of Emmanuel Sogbadji to imagine “Togo Tomorrow.” This theme was also explored in the Ambassador’s remarks, during which he declared :  “ I appreciate more and more the role that art and culture can play in social and economic development ”