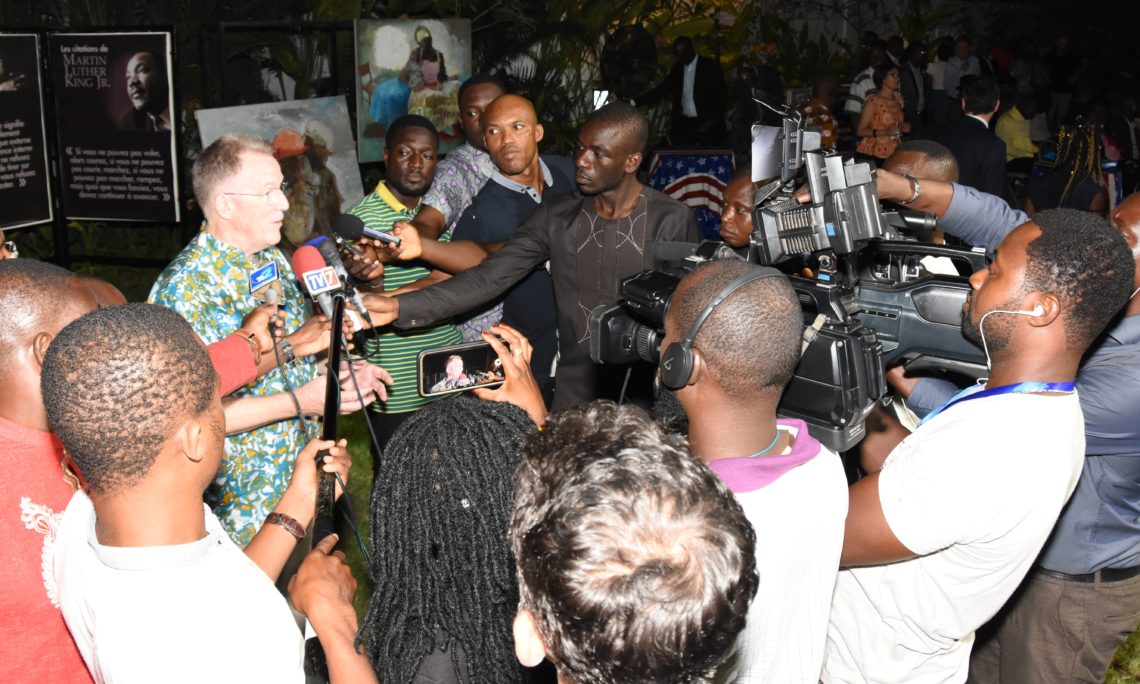 The U.S. Embassy in Togo celebrated black history month with a concert and photo exhibit inspired by the life of Martin Luther King, Jr. that took place Feb. 19 at the residence of U.S. Ambassador to Togo David Gilmour.

The concert featured a selection of songs from the American civil rights era performed by Heather Maxwell, a singer, songwriter, and radio DJ who hosts Voice of America’s popular program Music Time in Africa. She was backed by a local musicians and a choir group from the University of Lome.

The event also included a photo exhibit recounting Martin Luther King’s life and historical impact, as well as highlighting several of his most famous quotations.

Over 200 guests from all walks of Togolese life attended the event, including a parade of notable figures from politics, business, academia, and the arts. Also on hand were 20 young civil society leaders from five regions of the country who were recently trained by the U.S. Embassy on conflict resolution techniques. Ambassador Gilmour praised these young leaders for embodying the legacy of Martin Luther King.

“The most important way we can celebrate Martin Luther King’s legacy is by trying to follow his example by promoting peace, justice, and reconciliation in our communities, and that’s what these young people are doing,” Gilmour said.