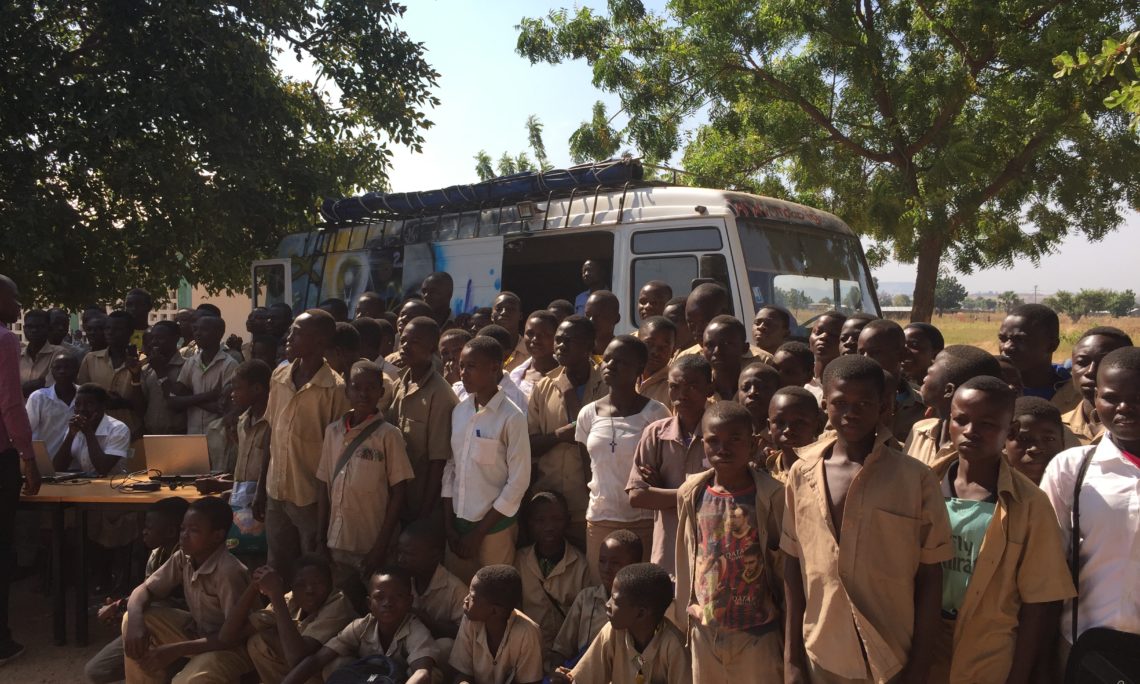 Improving access to quality education is one of Embassy Lome’s top mission priorities. International Education Week 2018 was an opportunity to showcase the wide array of programs that the Embassy’s Public Affairs Section (PAS) is using to improve education, especially in the realm of English and STEM education. Throughout the course of the week, PAS organized more than a dozen separate activities reaching almost 6,000 students.

Expanding access to English education was a major theme for the week, beginning with a special edition of a class called “Learn English Through Music” at the American Corner Kara. Ambassador Gilmour joined in the event and delighted the crowd of 100 University students by playing the sax during several songs. The class was organized by the Embassy’s English Language Fellow, who is based at the American Corner. PAS also organized training workshops for English Clubs in Kara, Dapaong, and Sokode. At each workshop, students and coaches from 20 English clubs participated. The Embassy’s English Club Competition, meant to reinforce the English taught in schools through extra-curricular English Clubs that encourage debate and free expression, has grown to include over150 different clubs and almost 10,000 students. They were given a copy of the new English Club Handbook, edited by the ELF using the template created by ECA’s American English office. Each club was also given a set of English-learning books provided by ARS Paris. Ambassador Gilmour opened the session in Dapaong, Togo’s northernmost city, and drew attention to the link between English and prosperity. In addition, on Nov. 14 PAS launched a brand new English Access Program in Dapaong for high achieving but poor students. Ambassador Gilmour presided over the event, which was attended by 1000 guests and covered extensively by local media.

PAS Lome also used IEW 2018 as an opportunity to promote study in the USA. On Nov. 13, the Education Advisor and the PAO hosted a special information session in Kara for parents considering sending their children to the U.S. for college. More than 50 parents attended and listened to the Education Advisor explain the five steps to study in the USA.

Finally, the Embassy continued to focus on the importance of STEM education, through activities implemented by MoLab, the embassy’s mobile STEM learning lab. Throughout International Education Week 2018, MoLab visited 5 schools during the week in three different regions, engaging with over 5,000 students. Ambassador Gilmour participated in a MoLab visit to a rural school near the Burkina Faso border, where students had the opportunity to use 3-D printers, computers, and microscopes for the first time in their lives.