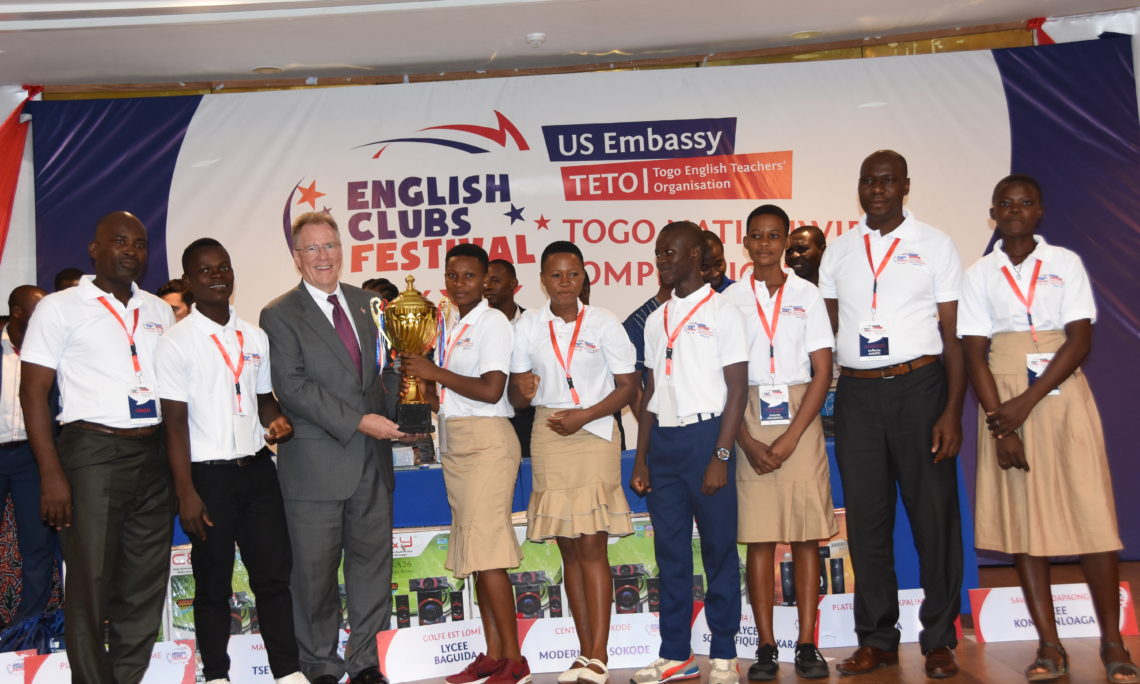 (RELO) and the Togolese English Teachers Organization, is to organize all the clubs into a network with standardized manuals and learning objectives. The competition was even bigger this year in its second edition. Almost 10,000 secondary school students participated in English Club activities. This year the embassy was able to negotiate institutional sponsorship for the event from three of the biggest companies in Togo (Ecobank, Allafia and Hotel 2 Février), which will enable the competition to continue to expand and reach more students. The final event, which included debates, sketch shows, and monologues in English, was attended by over 700 people and received national media coverage on TV and radio. Ambassador Gilmour delivered the trophy to the winning team, Lycée d’Agbonou , from Atakpamé in Togo’s plateau region.