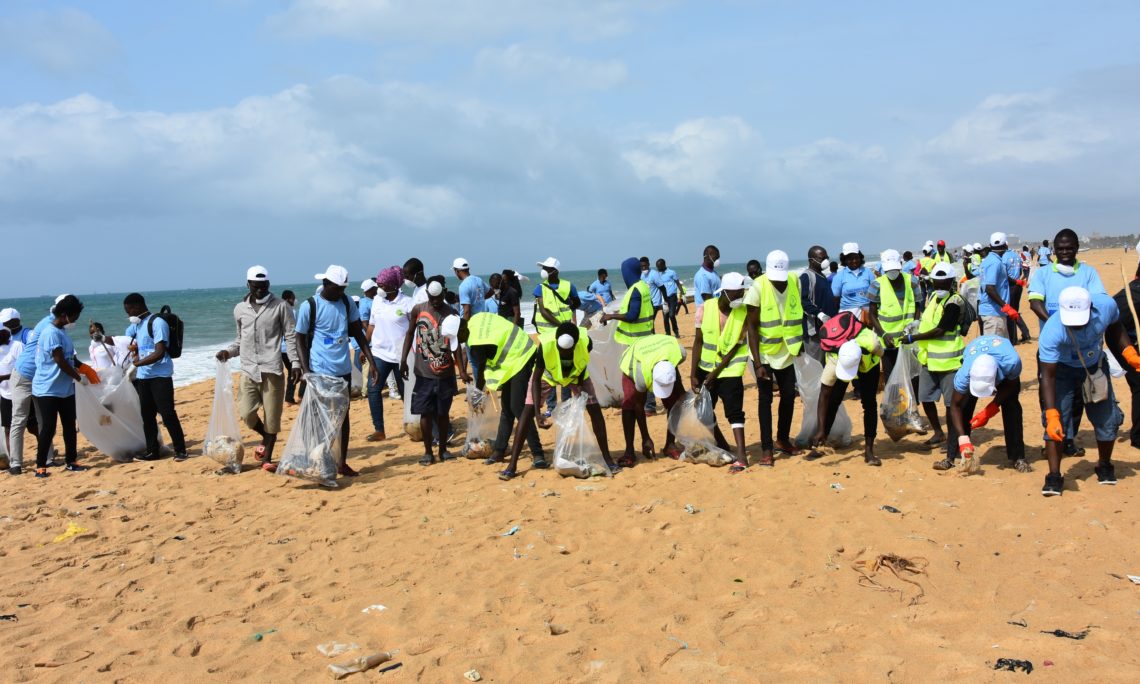 On Saturday  September 16, about 500 young volunteers, members and staff of NGOs, ministries and private companies of Lome promptly responded to the call of CAPLO (Club of Friends of the Beach and Oceans) and STADD (Science and the African Technology for Sustainable Development), for a beach clean-up in Lome, thanks to the initiative and financial support of the European Union which has just joined the Club. Through joining in this partnership, the European Union in Togo wanted to  demonstrate its constant commitment concerning the problems of marine pollution and the environment, featuring the” Our Ocean Conference” on October 5 -6 in Malta. The US Ambassador and the DCM, the European Union delegation in Togo, led by the Ambassador’s personal representative, diplomats from the German and French Embassies, and several high-level representatives of Ministries participated actively. It was a strong sign of the mobilization of the Togolese youth and the success of a partnership between all the social levels of the nation.

Through his remarks, the US Ambassador, David Gilmour, honored the determination of the youth and the Togolese public before he  urged for the  continuing partnership  for a  sustainable development  saying:  ” These problems reach across sectors and that is why we can only overcome them if we also reach across sectors – public, private business, civil society – and work together. What we’ve done today is just one small example of that.”