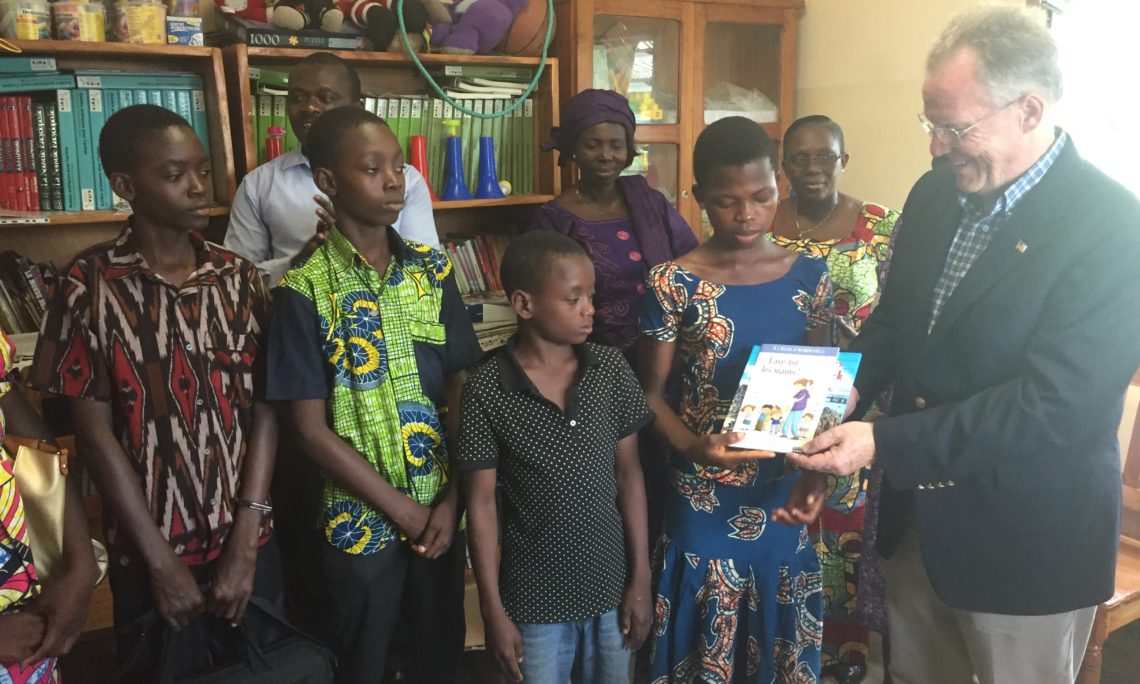 On August 30, Ambassador Gilmour presided at the launching ceremony of an educational campaign against human trafficking in the Central Region of Togo in the presence of local political, religious, military, and civil society leaders, as well as Regional Director of Education. The event took place on the premises of the NGO Creuset in Sokode which is a partner institution of RELUTET, the official partner of the Embassy in the organization of this project. It was an opportunity for the Ambassador to present  the comic book “Scarf” which is an artistic work produced by Ago Media as an educational tool. Scarf tells the story of a Togolese super hero who fights human trafficking. In his speech, the Ambassador, while highlighting the heinous consequences of this trafficking, also emphasized the prospects for a long-term solution that is education by saying: ” As with all criminal behaviors, trafficking thrives where there is a lack of education.”

Continuing the focus on improving education, Ambassador Gilmour followed the opening ceremony with donations of to the library of the NGO Creuset and to CLAC, Reading and Cultural Animation Center of Sokode. In offering this batch of nearly 500 books and documents to CLAC, the Ambassador highlighted how education and the proper use of cultural resources could be catalysts for sustainable development.

The campaign will be in full swing with RELUTET at the start of the school year.