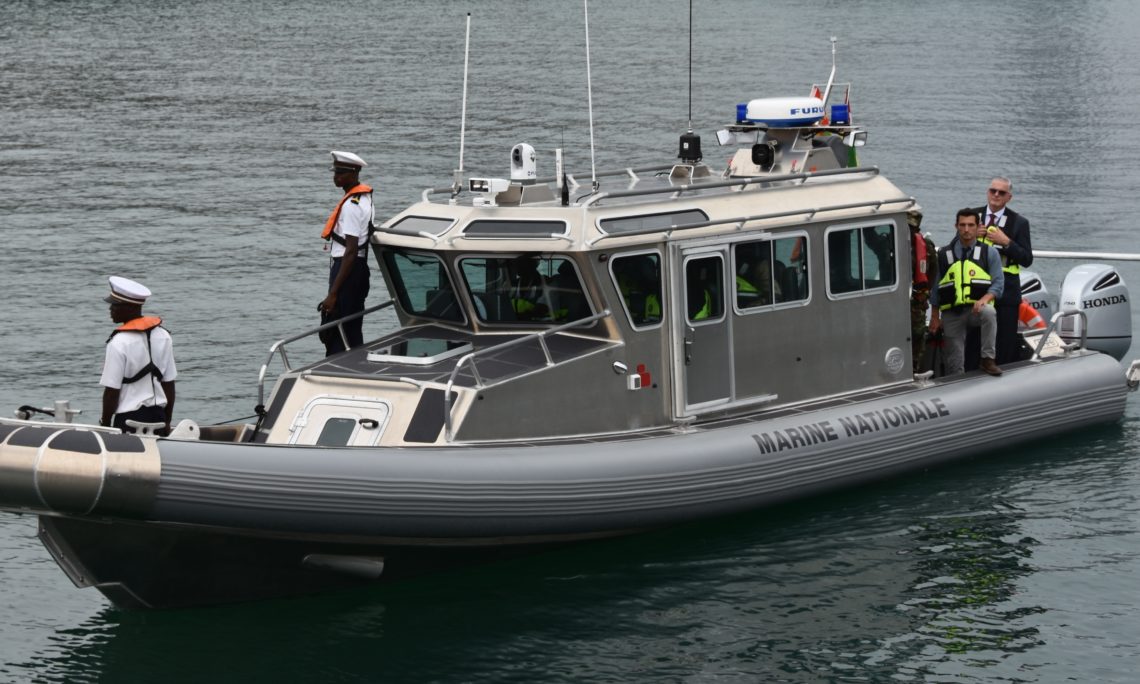 The new star back from an outing with some guests

A new speedboat donated by the U.S. Government to the Togolese Navy will help keep Togo’s waters safe and secure. The Defender-class speedboat, also called a Respond Boat,

The donation brings to four the number of boats the U.S. government has provided to the Togolese navy, demonstrating the strength of the military-to-military cooperation and the shared commitment to combatting piracy and illegal trafficking in the Gulf of Guineau.  The donation of this particular vessel was facilitated by the counter-narcotics and law enforcement assistance branch of the U.S. Africa Command, based in Stuttgart, Germany.

The Defender is a type of standard star launched by the U.S. Coast Guard in 2002. These stars serve a variety of missions, including search and rescue, port security and duty functions. law enforcement, and replace a range of obsolete small stars. Measuring 13m and powered by three outboard motors of 250 horsepower each, the Defender star is capable of reaching speeds in excess of 60 knots (100 km / h) with a range of 15 nautical miles (25km). The boat requires a minimum crew of two, but has a carrying capacity for 10. The boat can be easily loaded aboard a Hercules C-130 plane or truck. A team of instructors has been in Lomé since October 10 and trains Togolese sailors on the notions of maneuvering and boat maintenance.