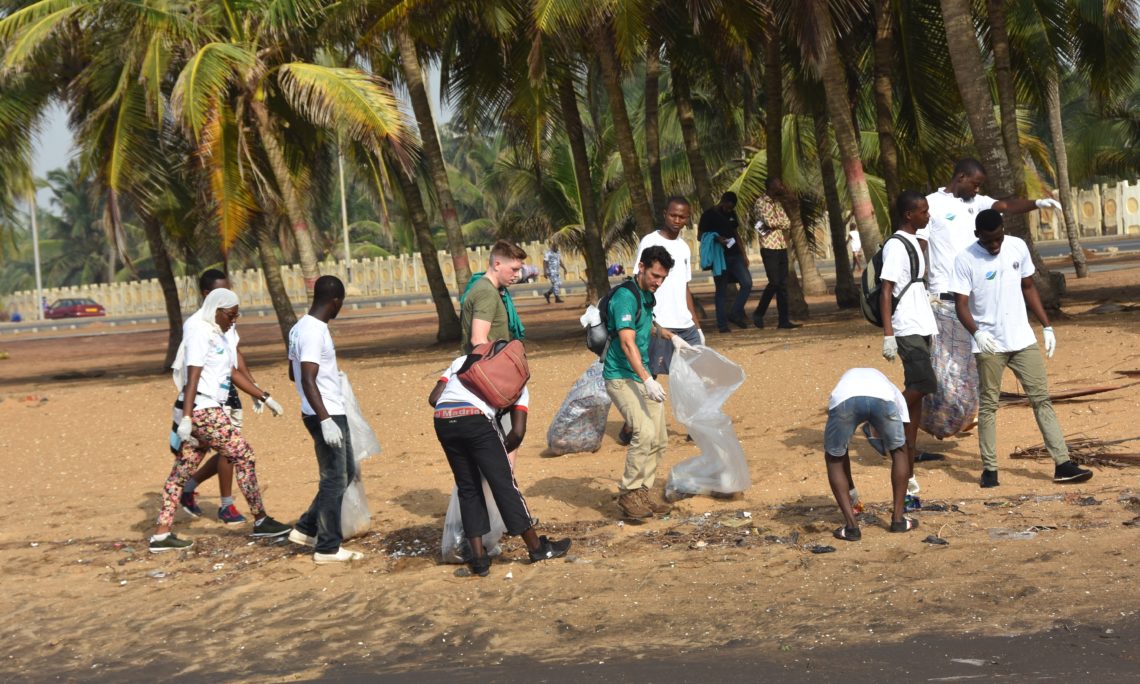 PAO Mike Pryor, Marines, members of NGOs and some students from University of Lome

On Saturday, April 21, the Embassy celebrated Earth Day 2018 with an “Eco-Jogging” activity. Eco-Jogging is an innovative concept that combines sports, civic participation, and environmentalism by challenging participants to pick up as much waste as they can while jogging a pre-determined distance.  The event was financed by the Embassy and supported by the Club For Friends of the Beach “CAPLO” and the NGO Ecojogging. More than 100 participants from NGOs, ministries, the University of Lome, diplomatic representations and civil society cleaned up a one-kilometer stretch of the beach , with a total of 205 kg of waste collected. To better mark this year’s Earth Day theme “End Plastic Pollution”, a competition between three teams (The Ministry of the Environment, American Corner and the U.S. Embassy ) was organized to see which team could collect the most trash.  The competition was won by American Corner with 105 Kg of plastic waste collected. Then followed a presentation on the management and recycling of plastic waste. Once again, the US Ambassador and his wife demonstrated their commitment to community activities alongside Togolese. Several governmental representatives , in particular a representative of the Minister  of the environment and the Minister  of Security , were also present. In his speech Ambassador Gilmour called not only to fight against plastic pollution but also to a scientific and profitable management of these wastes in these words: ” But while the threat is clear, what is less obvious is the enormous potential that exists for economic growth through technological innovation in the waste sector. ”