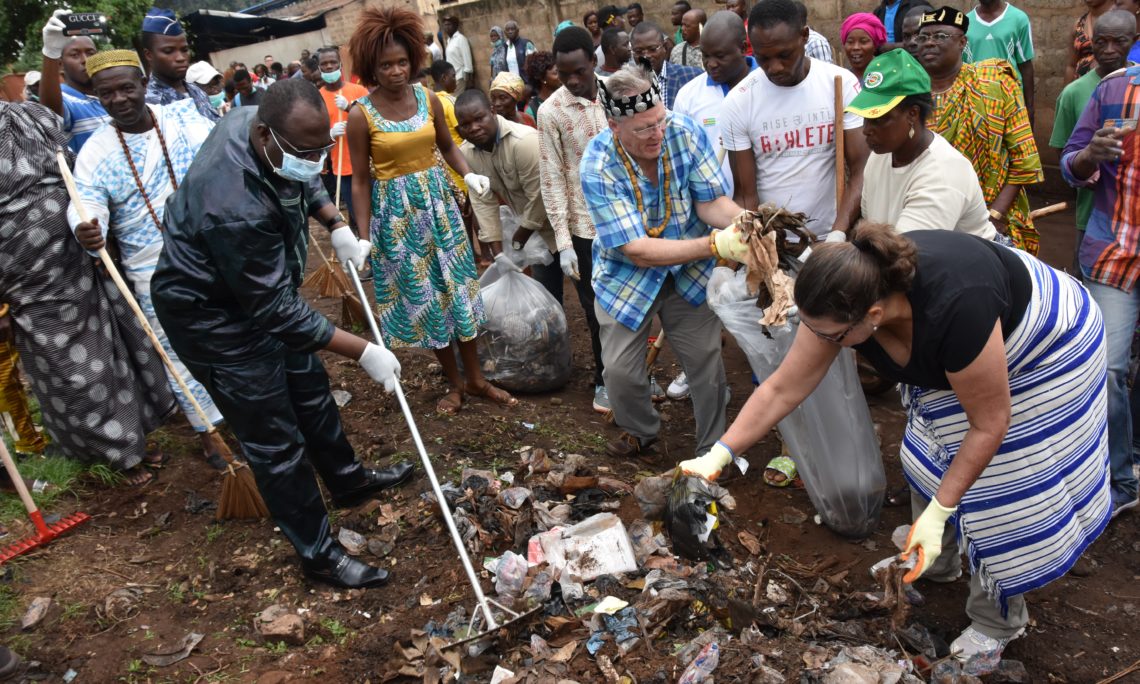 Embassy Lome joined in the worldwide commemoration of the 100th anniversary of Nelson Mandela’s birth by launching a day of community service in his honor. Staff from the Embassy, along with over 50 members of the Embassy’s exchange program alumni association, traveled to the city of Tsevie just north of Lome to spend the morning picking up trash and litter from the city’s streets as well as behind the municipal hospital. Hundreds of volunteers from the local community also joined in, and the event received support from the Togolese sanitation agency ANASAP and the local government. The Prefect of Zio joined with Ambassador Gilmour and Mrs. Gilmour to rake up trash, showing that every citizen, no matter their rank or position has an obligation to serve the community. The event underscored the Embassy’s commitment to promoting citizen engagement and partnerships between the public sector, private sector, and civil society.

At the end of the event, the alumni association made a gift of several dozen trashcans and other equipment that local volunteer groups can use to keep the city clean. Tsevie will be the site of a soon-to-be-launched pilot project sponsored by the Embassy aiming to put technology in service to providing efficient services at the local government level.