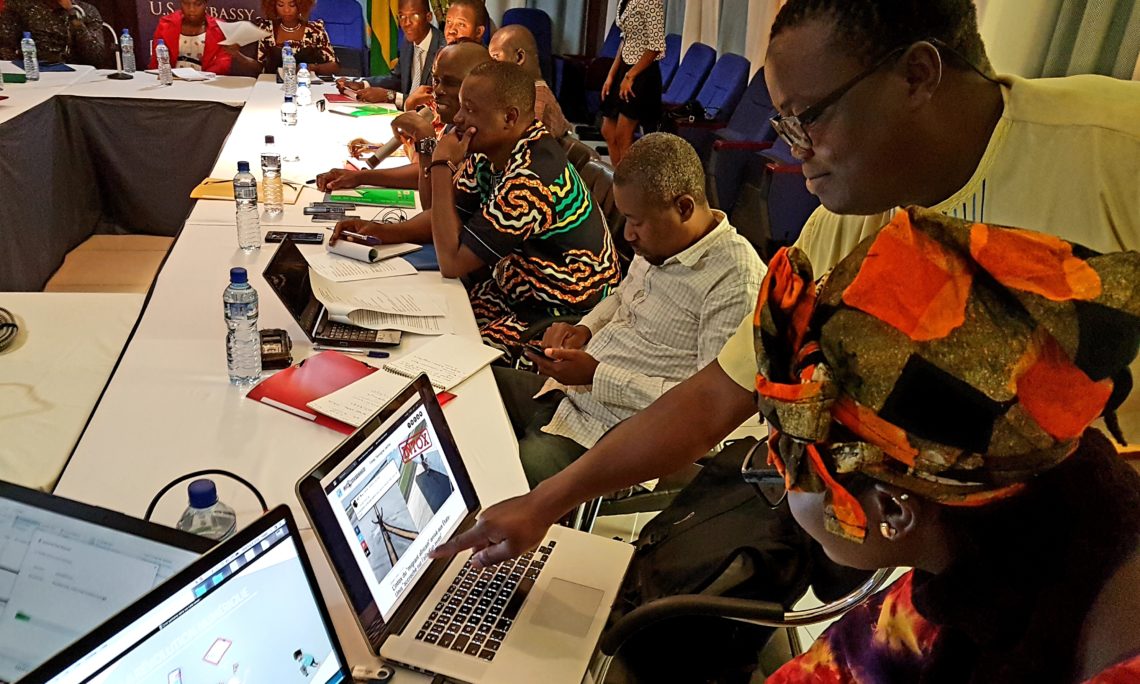 On Aug. 8 Ambassador Gilmour officially opened a three-day workshop for Togolese journalists on countering fake news. Twenty-five prominent journalists from throughout Togo attended the workshop, which will provide a global look at the fake news phenomenon, and provide concrete strategies to help journalists discern real from fake news. The workshops were led by journalists and exchange program alumni Noel Tadegnon and Sylvio Combey, and included material produced as part of the “YALI Checks” anti-fake news campaign, among other sources. The workshop is the first phase in a three-phase initiative by the Embassy’s Public Affairs Section to counter the spread of fake news, which is exacerbating political tensions in Togo. The second phase will involve regional workshops on countering fake news targeting civil society organizations, community leaders, local officials, youth groups, and members of the YALI network. During Phase Three, we will work with a group of talented young journalists to create a weekly parody news show in the form of a web series. Each week, the 5-minute program will take a humorous look at news in Togo. In addition to being shown online on the website, these segments will also be disseminated in low-resolution via WhatsApp to the alumni of the previous workshops, who will in turn share them among their networks.

In his remarks to open the workshop, Ambassador Gilmour stressed that fake news poses a real threat to the framework of trust that democracies are based on. “For a democracy to function well, it requires a citizenry that is well-informed and operating on the same set of basic assumptions,” Gilmour said. “Facts do exist. They are out there; we cannot operate without them. Moreover, I believe that the vast majority of people still value and want truthful information. Our challenge, then, in the face of the growth of misinformation and fake news, is to help people separate fact from fiction,” he concluded.