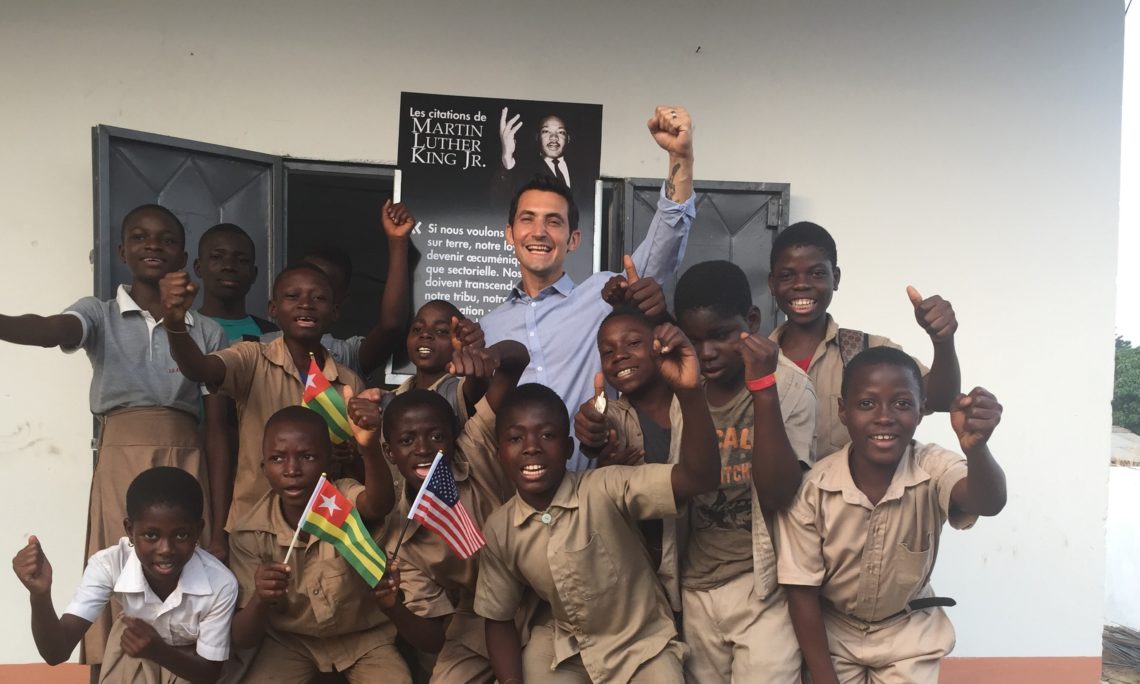 The U.S. Embassy honored Togolese youth who are following the example of Martin Luther King, the famous American peace and human rights activist, with a music concert and photo exhibit Feb. 21 in Sokode, the capital of the central region of Togo.

A packed crowd of over 300 people attended the event, including local authorities, religious and community leaders, representatives of local businesses, and youth groups. The Prefet of Tchaodjo gave the opening remarks, noting the importance of youth engagement to community development.

The event marked the conclusion of the first phase of “Youth on the Move for Social Cohesion” a project launched last November in partnership with Catholic Relief Services (CRS). The project trained 100 youth from at risk communities on conflict resolution strategies while also providing financial support for community development projects designed and led by the youth.  Since the training, the youth have launched projects to clean up public spaces, provide scientific materials to schools, and start income-generating enterprises.

To honor the accomplishments of these youth, as well as to celebrate Black History Month, the U.S. Embassy organized a photo exhibit and a music concert at the Centre de Lecture et d’animation Culturel, CLAC, in Sokode. The exhibit evokes the life of MLK and shows how the youth of Sokode live his legacy in promoting peace, social cohesion, and community service.

The exhibit was coupled with a music concert. The concert featured a selection of songs from the American civil rights era performed by Heather Maxwell, a singer, songwriter, and radio DJ who hosts Voice of America’s popular program Music Time in Africa. It also featured local musicians.

The photo exhibit will remain open inside the CLAC for several weeks and the Embassy is facilitating guided tours by school groups, so that children form the surrounding areas can learn about and draw inspiration from the life of Martin Luther King, as well as the positive actions of their fellow youths.