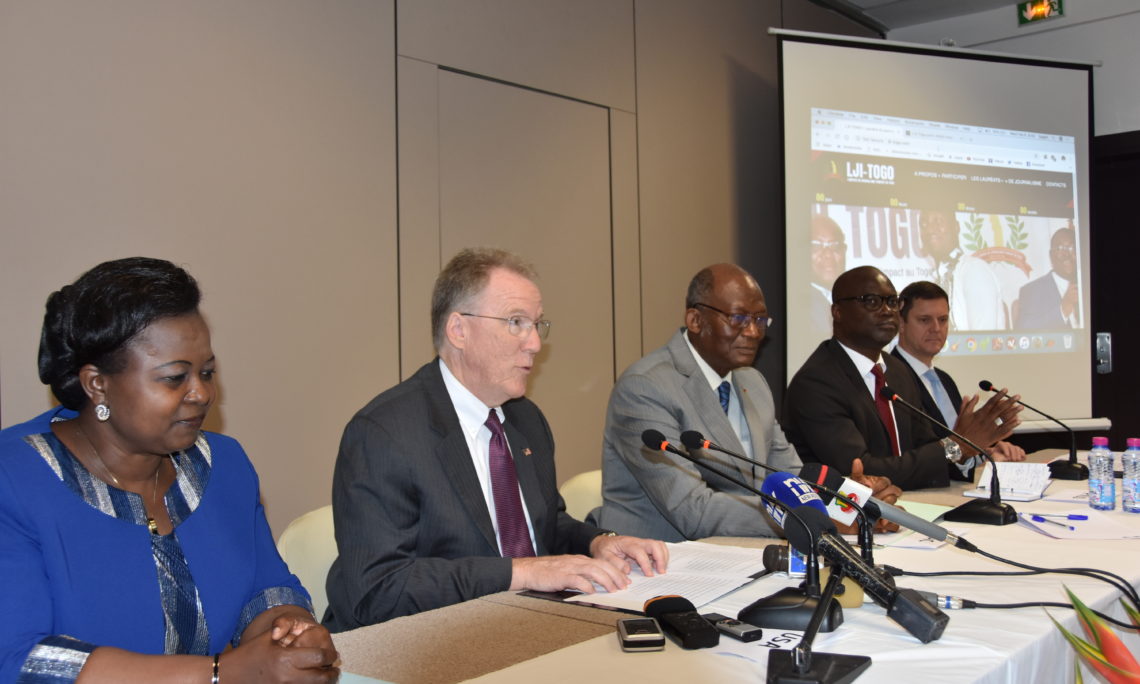 The U.S. Embassy, in partnership with the Embassy of France, the United Nations Development Program, and Togo’s journalism school, ISICA, launched the second edition of “Les Lauriers du Journalisme d’Impact au Togo,” (LJI) a competition to reward and encourage quality journalism in Togo. Ambassador David Gilmour of the United States, Mactar Fall, resident director of UNDP, Fabien Lalitte, the first counselor of the Embassy of France, and Ms. Germaine K Anaté, Director of the Institute of Information, Communication and Arts Sciences (ISICA), held a joint press conference on Feb. 6 in Lome to announce the launch of the second edition of the competition. Also in attendance was the Vice President of the High Authority for Audiovisual and Communication, Togo’s media regulatory agency, the Chief of Staff of the Ministry of Communication, heads of several journalist associations, and over 40 working journalists.

In his remarks, Ambassador Gilmour stressed that a professional press is equally as important to maintaining democracy as a free press. “It is more important than ever that we – collectively – support professional journalism,” Gilmour said. “This initiative was created to encourage and reward journalists who adhere to the highest professional standards of their craft. We are extremely proud to support the second edition of this initiative.”

The winners of the competition will be announced in May. The top three winners will receive scholarships to study journalism in the U.S. or Europe.

Over 150 journalists submitted entries in the first edition of the competition. The jury – composed of independent senior journalists and representatives of the sponsors – chose the winners based on the quality of the reporting and the way in which the stores illuminated an important issue. The winning entries included a radio story on the unreported epidemic of fistulas among rural women, a TV report on the need for rural road development, and an article on illegal fishing.

The winning entries for the first edition of the competition, as well as the rules and submission procedures for the 2nd edition, are available on www.lji-togo.com.