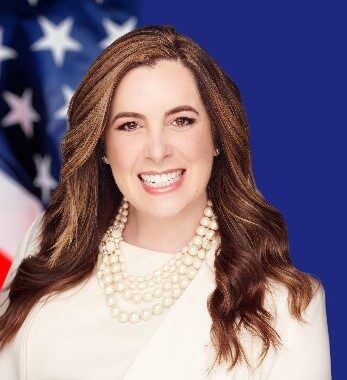 Biography of Ambassador of the United States of America to Togo.

Elizabeth Fitzsimmons is a career member of the Senior Foreign Service, class of Minister Counselor.  Prior to her appointment as Ambassador to Togo, Elizabeth Fitzsimmons was the Acting Principal Deputy Assistant Secretary for the Bureau of African Affairs. She has also served as Deputy Assistant Secretary of State for Central Africa and Public Diplomacy, the Acting Deputy Spokesperson for the Department, Deputy Executive Secretary to Secretaries Kerry and Tillerson, and Deputy Assistant Secretary for Public Diplomacy in the Bureau of South and Central Asian Affairs. She joined the Department in 1995, and at the time of her swearing in was the youngest member of the Foreign Service. She has served overseas in Taiwan, Hong Kong, Cambodia, India, and Bulgaria. She and her husband, Diplomatic Security Special Agent Richard Seipert, have five children.