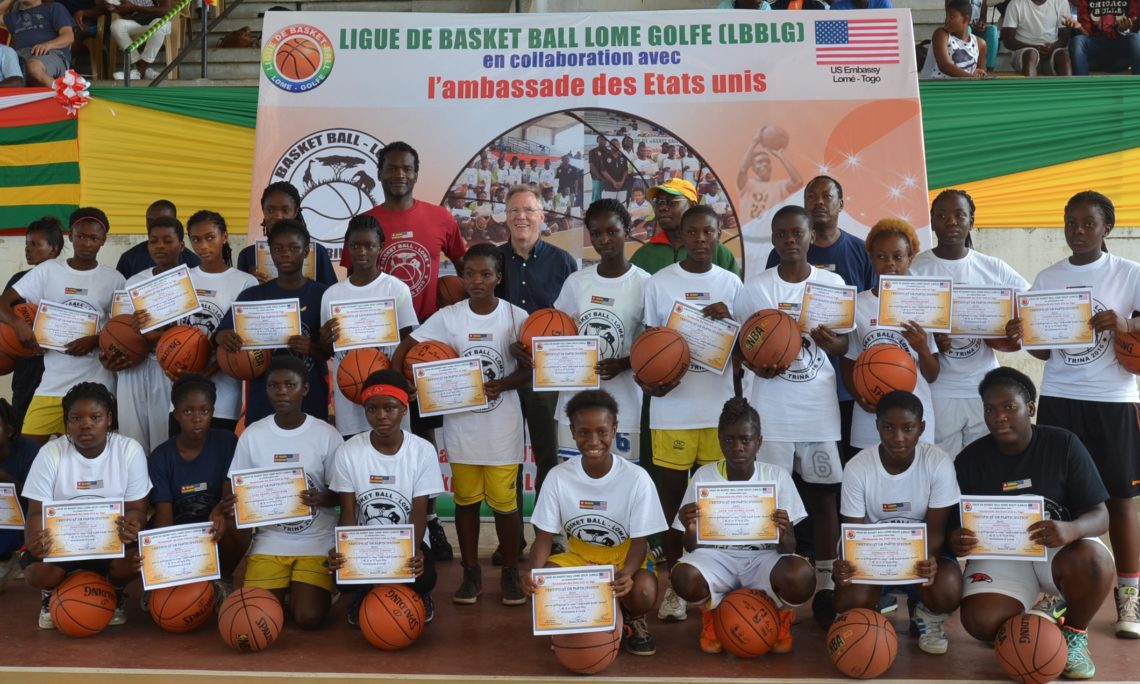 As part of its sports diplomacy programming, the Embassy of the United States, in collaboration with the Lomé Gulf Basketball League, organized a basketball camp from August 15-27 in order to promote youth empowerment and share American sports culture. Mr. Tommy Davis, a U.S. basketball coach who played professionally in France and Italy for many years, led the camp for the fourth straight year. One hundred Togolese youth aged 12-18 attended the camps where they learned basic basketball techniques as well as the values of sportsmanship, teamwork, and leadership. During the camp, the young participants also received training on HIV/AIDS prevention, the legal rights of children, prevention of sexual abuse, and educational success strategies. This year, for the first time, the camp also included a preliminary week of training for 20 Togolese youth basketball coaches, which took place in the town of Atakpamé. These coaches will use the skills they learned to launch basketball programs in their own communities throughout Togo. The program concluded on Aug. 27 with a friendly match between camp participants and a team of players from the U.S. Embassy, and the bestowal of certificates by Ambassador David Gilmour.