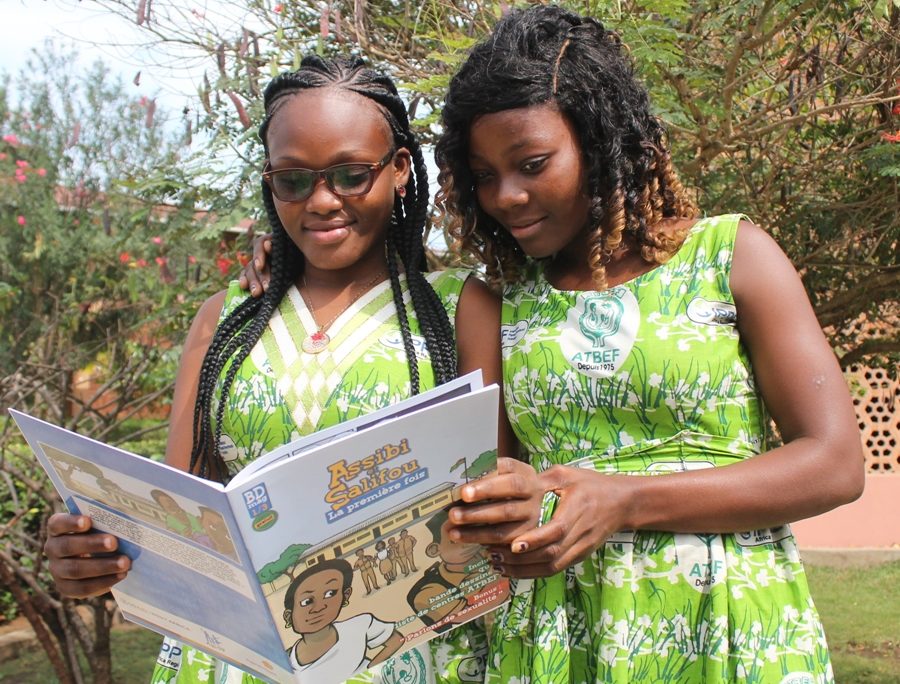 Ambassador Gilmour officially launched a new comic book aimed at promoting sexual and reproductive health among Togolese youth at a ceremony in Lomé Aug. 23. 15,000 copies of the comic book, titled “Assibi et Salifou, la première fois” will be distributed free of charge to schools and NGOs around the country. The comic will also be adapted and distributed in other countries in the region including Burkina Faso, Cote d’Ivoire, Mauritania and Niger. The comic book was developed by USAID’s AgirPF program in collaboration with ATBEF (Association Togolaise pour le Bien-Etre Familial) under the supervision of the Ministry of Health and Social Protection.

“Assibi et Salifou, la première fois” tells the story of a teenage Togolese couple facing questions of intimacy and sex. Through their story, readers will gain knowledge about good sexual and reproductive health practices. This is a hugely important subject in Togo, where 60 percent of the population is less than 25 years old, and where young people account for 55% of sexually transmitted infections (STIs) reported each year. In addition, 30.7% of young girls between the ages of 10 and 24 are face the problem of early or unwanted pregnancies. The most common result of unwanted pregnancies is that Togolese girls abandon their studies. This helps to perpetuate the poverty cycle and hinder the development of the country.

In his remarks at the launch event for the comic book, Ambassador Gilmour urged young people to absorb the lessons contained in the book and to apply them to their lives. “You are the leaders of tomorrow. By preserving your sexual and reproductive health, you will contribute further to the development of your country.” He said