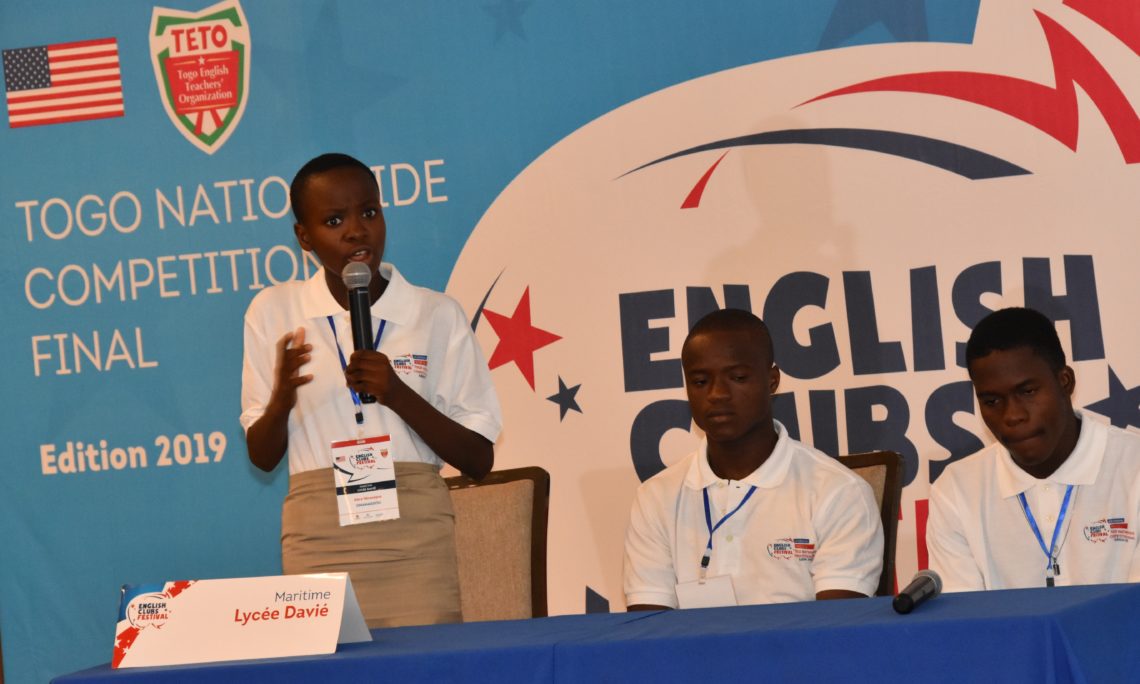 The 2018-2019 edition of the Togo Nationwide English Clubs Competition (ECC) held its grand finale April 17 in Lome. More than 400 students, teachers, parents, and guests gathered at the Hotel 2 Fevrier in downtown Lome to watch the final event of the annual competition, in which eight teams from all the academic regions of Togo battled to see who would win the title of best English Club of the Year. The team from Lycee Tokoin Est, in Lome, won the trophy, beating out seven other teams from around the country. The teams were judged on how they performed in three different activities: debate, talent show, and monologue.

Ambassador Eric Stromayer presented the trophy to the winning team. In his remarks, Stromayer stressed the importance of English to economic growth. “English is incredibly important to success in today’s global economy,” he said. “English is the key that will enable Togo to unlock its potential and become an important regional transportation, shipping and logistics hub with global connections.”

More than 11,000 students participated this year in the third edition of the ECC, created by the U.S. Embassy in partnership with the Togolese English Teacher’s Organization (TETO) in 2016. The ECC took existing extra-curricular English Clubs and formed them into a nationwide network with standardized materials and activities. Students who have participated in the ECC have seen measurable increased in their English grades, making them more employable in the future. This year, The U.S. Embassies in Lome and Cotonou collaborated to bring a delegation of English teachers from Benin to observe the grand finale, in order to replicate some parts of the ECC model in Benin next academic year.