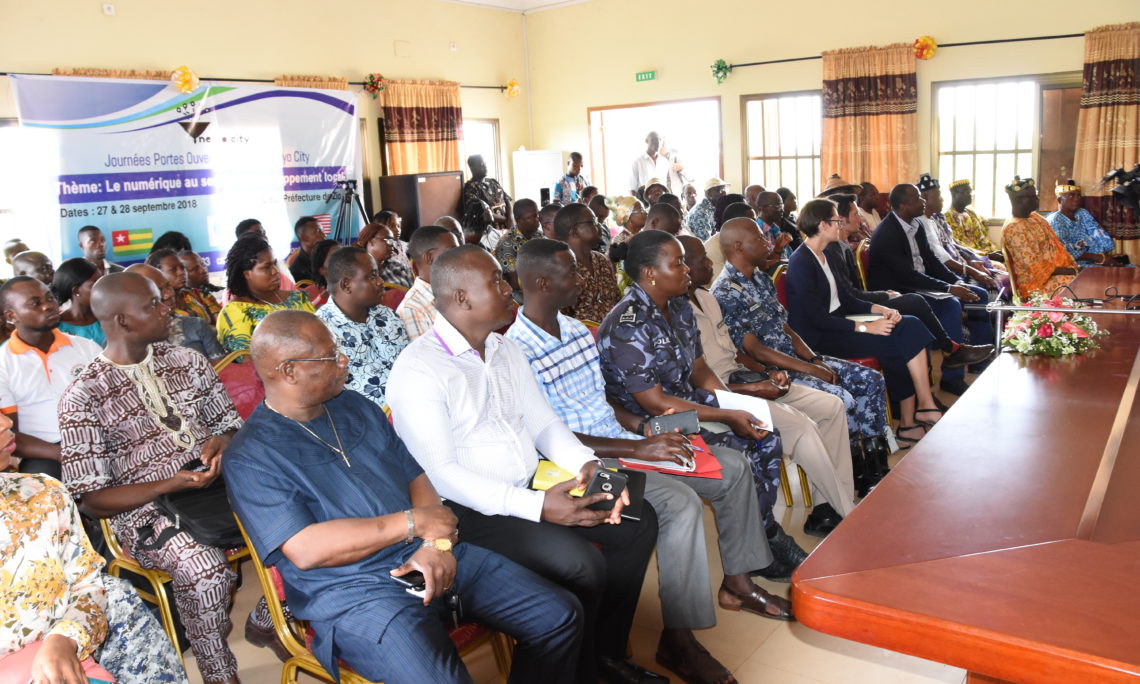 The citizens of Zio, a prefecture of 300,000 people 30 minutes north of Lome, are now able to easily report problems to local authorities, thanks to an innovative application called

“Nenyo City” developed by a group of young Togolese software developers and financed by the U.S. Embassy. On September 27, 2018, the Embasy’s Deputy Chief of Mission, Michael DeTar, and the Prefect of Zio, Etse Kodjo Kadevi, presided over the official launch ceremony for the project at the Zio prefecture in Tsévié.

Nenyo City is a mobile platform designed to empower citizens and local governments to solve social challenges. The application has a dashboard showing different local public services in categories such as education, health, water, sanitation, road transportation, agriculture, local markets, taxes, electricity, land rights, and birth/death registration. On the user end of the platform, ordinary citizens can use the app to report things like power outages or flooded roads. On the service delivery end, local authorities can track incidents and monitor response times. The data will be used to paint a real time picture of service delivery rates, which will help citizens to understand how the local government is using public monies to serve them.

The application was developed as a result of a “hackathon” sponsored by the Embassy with the aim of stimulating the development of technological solutions to make public services more efficient. After several months of fine-tuning the platform, the developers were ready to put it into action. Zio was chosen as the site of the pilot implementation phase for the project, thanks to the strong track record of collaboration between local authorities and civil society.

Following the opening speeches at the launch ceremony, the DCM and the Prefect toured the new Nenyo City office, housed within the prefecture. There, local officials will be able to monitor alerts as they arrive from citizens using the application, track them using mapping software, and dispatch resources and technicians to resolve the problems.