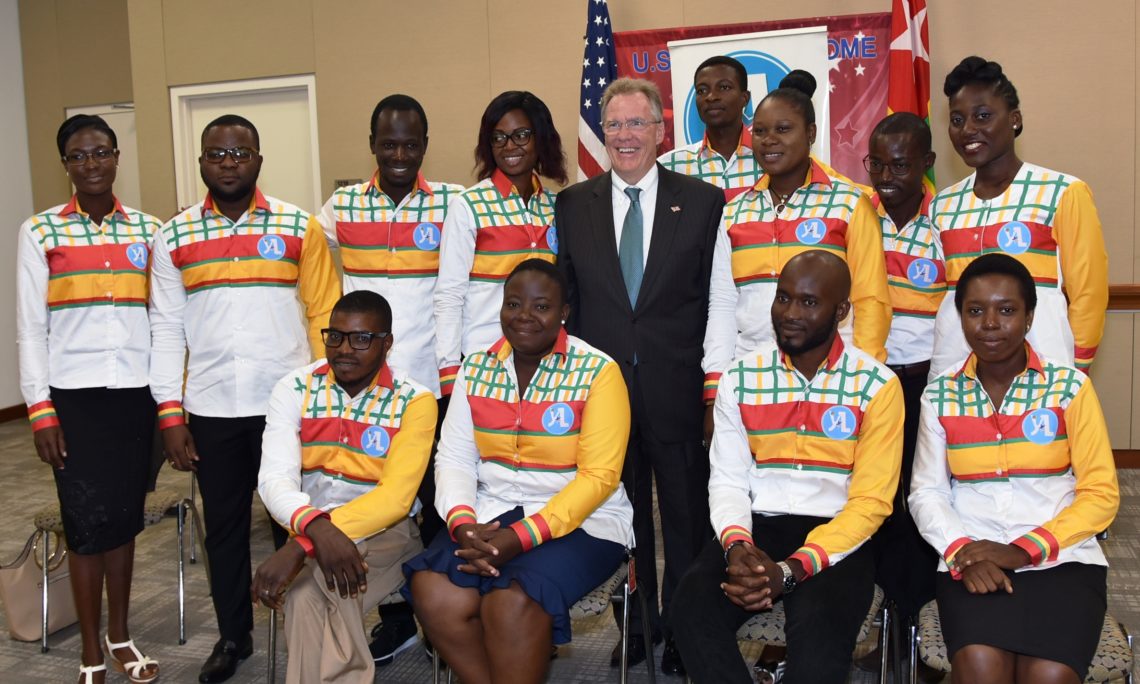 That’s it !- the 12 Togolese – 6 men and 6 women – selected for the Mandela Washington Fellowship program are ready to depart for the United States on Thursday, June 15, 2017. As stated by Mr. David Gilmour, United States Ambassador to Togo during the press conference of June 8 in their honor, YALI program is close to my heart because I have seen the positive impact that the returned Mandela Washington Fellows are making in communities throughout Togo.

In the United States, the young fellows will attend theoretical courses and practical training in major American universities focused on one of the three following themes: Business and Entrepreneurship, citizen engagement or public administration.  The program will end in the federal capital city, Washington, DC, where all 1000 African Fellows will gather for a Summit that will be especially animated by mentoring workshops and meetings with leading figures in their field.

After the Summit, a hundred Fellows – including two Togolese – continue their stay in the United States for practical training of eight weeks in more than 80 non-governmental organizations (NGOs), private companies and public administrations.

The MWF is in its fourth edition, and to date, Togo counts 36 Mandela Washington Fellows.