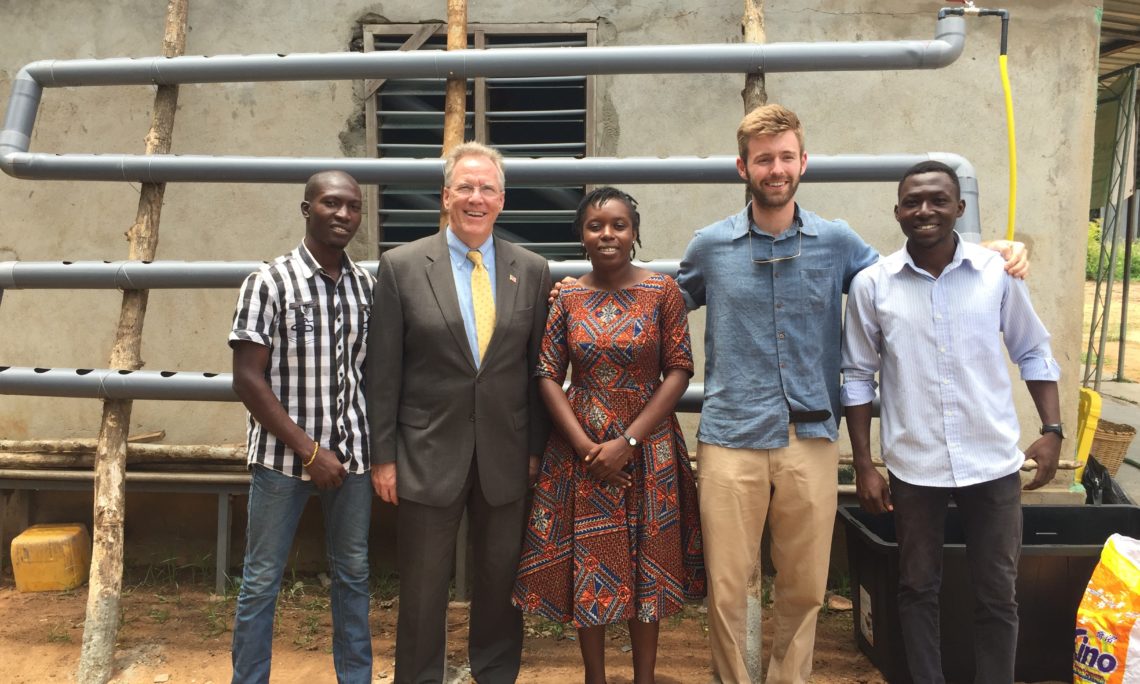 Scott Massey, the 23 year old founder of Heliponix, which fabricates high-tech home hydroponics systems, met Delia Diabangouaya, a young Togolese entrepreneur, while she was studying at Purdue University in 2017 as part of her Mandela Washington Fellowship. Delia is quality manager at Choco Togo, the first chocolate production facility in Togo. Scott and Delia became friends and started thinking of how to use Scott’s hydroponic technology to help farmers in Togo. Hydroponics is a method of growing dirt using nutrient rich water recycled over the roots in a closed loop. Thanks to the Mandela Washington Fellowship Reciprocal Exchange Program, from April 12-24 Scott was able to come to Togo where he and Delia organized a series of workshops with students at the University of Lome School of Agriculture and with a local technology incubator “WoeLab” that focuses on urban agriculture, which were attended by over 400 people. Working together with local farmers, Scott and Delia were able to make a $300 dollar version of his hydroponic machine with all the parts available at local markets. The finished product can grow about 500 pounds of vegetables on an annual basis. They installed one version of their prototype at the pilot farm of the University of Lome, and Scott made the design manual open source for anyone who wants to replicate the design. Workshop participants said the low-cost hydroponic system developed as part of the Mandela Washington Fellowship reciprocal Exchange could be a huge boost to the urban agriculture sector.