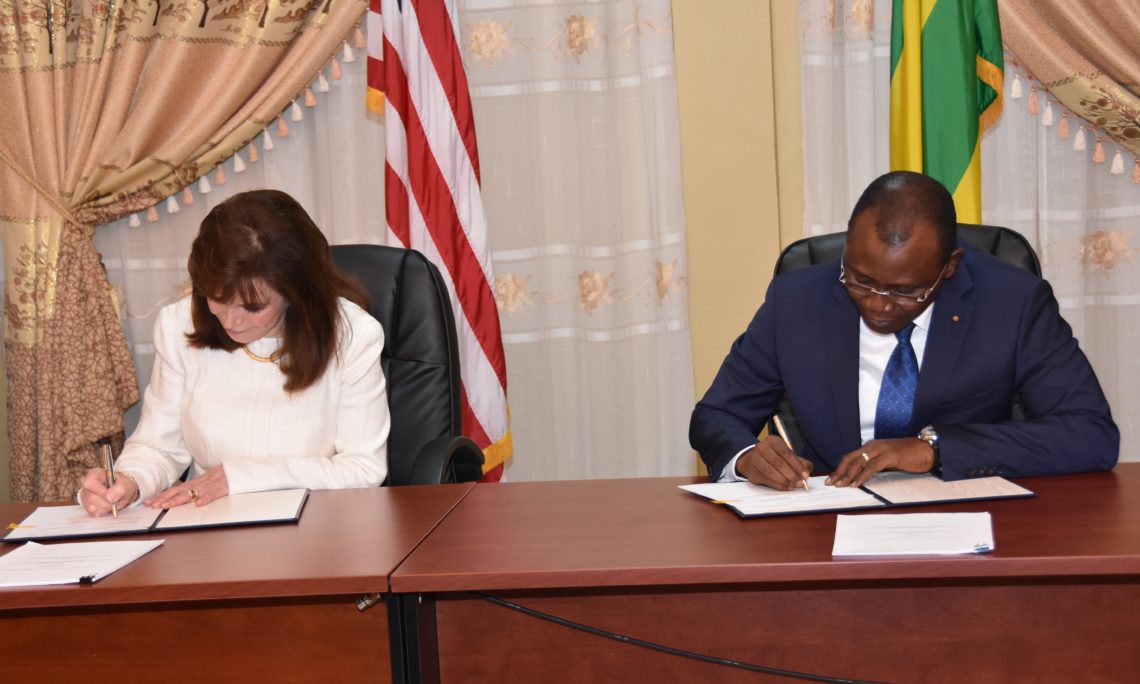 “Today, we recognize an important milestone: the signing of the MCC Togo Threshold Program,” MCC head of agency Cynthia Huger said. “This innovative program places Togo’s citizens and the private sector at the heart of the country’s growth strategy, expanding access to the internet and communications technology, especially for underserved areas, women and youth, as well as clarifying land rights. Investments in these areas are critical to supporting democratic governance in the country, and spurring economic growth to reduce poverty to benefit the people of Togo.”

“The MCC Togo Threshold Program will benefit all Togolese people, and it is something all Togolese can celebrate,” said U.S. Ambassador to Togo David Gilmour. “Wherever I go in Togo, people tell me that they want better telecommunications services, and they want it to be easier to transfer property. With the MCC Threshold Program, we are going to focus on tackling these problems so that we can unlock the immense potential of this country and create a brighter future for all Togolese.”

The threshold program will also seek to expand access to formalized land through the recognition and protection of legitimate land rights in five pilot areas across the country and to develop a regulatory framework to implement the proposed new land code. The threshold program incorporates stringent accountability mechanisms to ensure that MCC funds are tied to results and are used only for programmatic purposes.

MCC’s time-limited grant investments promote economic growth and help people rise out of poverty. The threshold program is MCC’s smaller grant program focused on advancing policy and institutional reform that helps partner countries better serve their people. Working with local partners, MCC tackles some of the most pressing challenges that developing countries face, such as infrastructure.