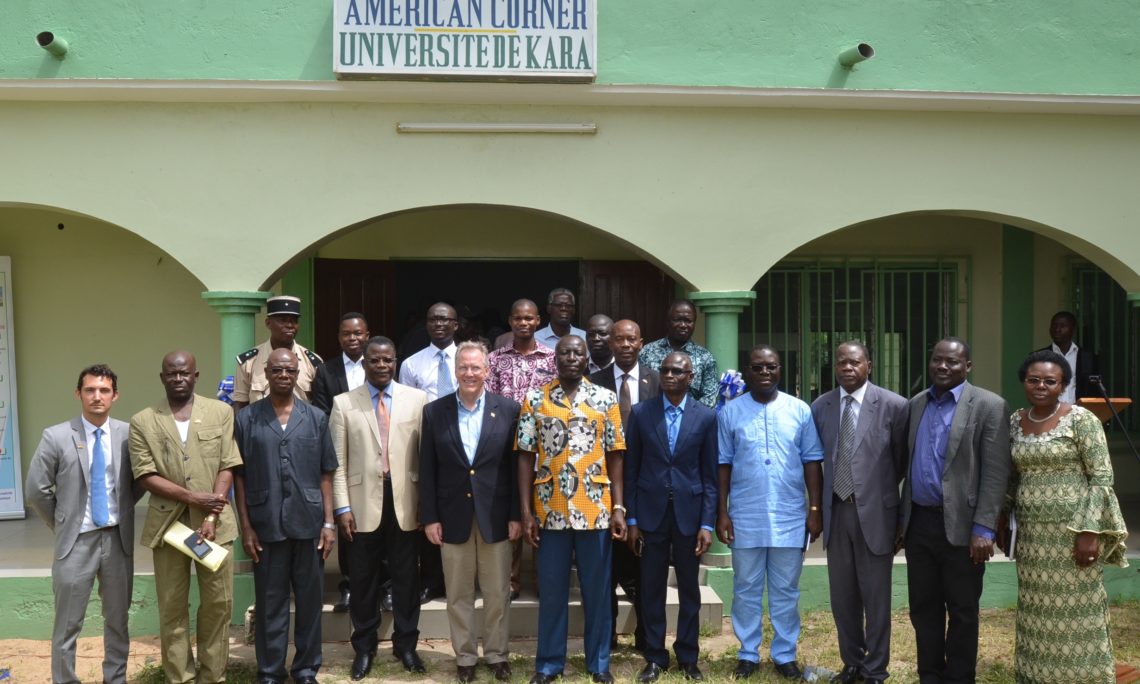 On October 12, 2017, Ambassador David Gilmour inaugurated the new American space at Kara University in the presence of various authorities including the president of the said university and the prefect of Kozah. This space that includes a presentation room, a cyber, a language lab and an office will be a point of reference on campus for the exchange of ideas, where students can nurture and develop their talents, and where links with the United States and the rest of the world will only be a  click of the computer mouse away.. At the inauguration, Ambassador Gilmour expressed hope that “the inauguration of the new American Corner will mark an important step in the solid relationship between the US Embassy and Kara University, and between the American people and the people of the region of Kara.