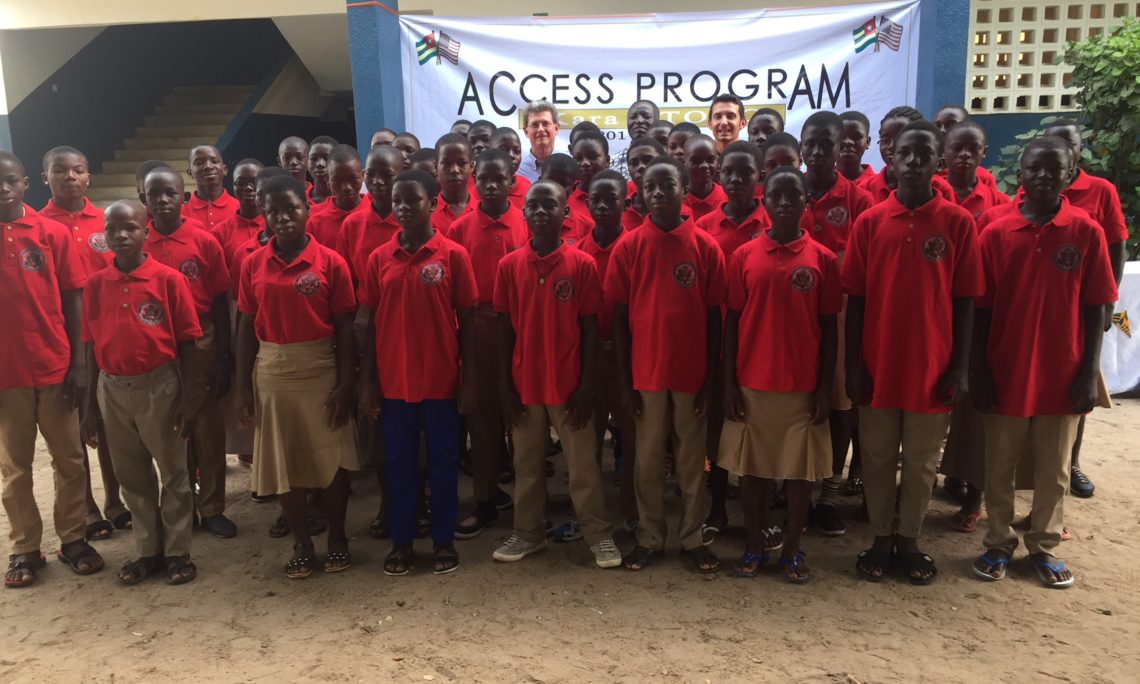 On November 14 Deputy Chief of Mission Michael DeTar officially launched the English ACCESS program in Kara, in the north of Togo. The program will provide two years of intensive English language education, as well as an introduction to U.S. culture and values, to 60 underprivileged students. The Embassy has previously supported English ACCESS programs in Kpalime and Sokode.

The ceremony took place at the Complexe Scolaire La Fraternité in Kara, which is the host institution for the new ACCESS program. In his remarks, the DCM described the program as a way to open doors to the modern world for talented students from disadvantaged backgrounds. During  the ceremony, the EducationUSA Advisor gave a speech to the assembled parents and local education officials, explaining about the value of an international education and the importance of English as a gateway to studying overseas.