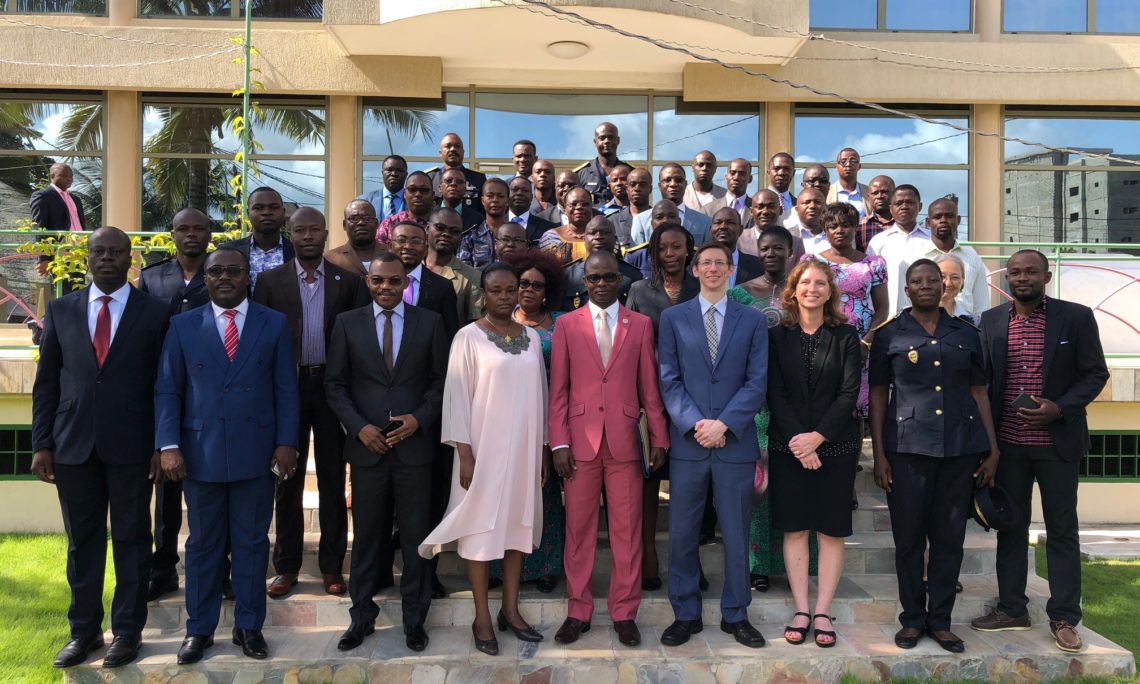 On May 31 the U.S. Embassy, in collaboration with the Office of Overseas Prosecutorial Development, Assistance, and Training of the United States Department of Justice (DOJ / OPDAT), organized a workshop to launch a four-week national extension program on the Drug Procedure Manual in Togo. The Manual is a “tool” that will be used by law enforcement and justice actors in the context of the countering narcotics in Togo.

With the support of the United States Embassy in Lomé and the United States Department of Justice, the manual was written by a committee of magistrates and judicial police officers from Togo and was officially presented to the Minister of Justice in February 2018. This is a first time in Togo that a document, such as the Handbook, has collected best practices in the investigation, prosecution and punishment of drug offences. It is intended to serve as a guide for criminal justice actors and aims, among other things, to raise and harmonize national practice throughout the criminal justice system.

The opening session and the subsequent training workshops will include the participation of the judges of the head office and the prosecutor’s office, the clerks, judicial police officers, gendarmes, policemen, and customs officers. Training and distribution of the handbook will encourage greater coherence among the various actors involved, raise the practice at the national level, and strengthen cross-border collaboration with neighboring countries.