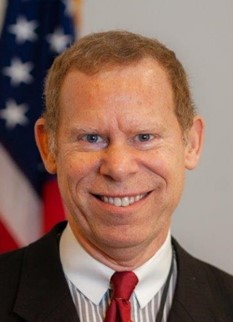 Harry Sullivan is the Deputy Chief of Mission in the U.S. Embassy to Togo.  He previously worked to enhance economic and regional integration between Africa and the United States as Director for Africa in the U.S. Trade Representative’s Africa Office and beforehand as the Acting Director of the Department of State African Bureau’s Office of Economic and Regional Affairs.  Just prior, he obtained a Masters of Strategic Studies from the Marine Corps War College.

He served as U.S. Embassy Baghdad’s Political Counselor from July 2014-2015.  Prior to going to Baghdad, he was Consulate Nagoya’s Principal Officer.  From July 2007 to August 2010, Mr. Sullivan managed the U.S. American Presence Post in Lyon, France.  From July 2006 to July 2007, he served in the economic section of U.S. Embassy in Paris, France.

Mr. Sullivan was the Economic Chief in the U.S. Consulate in Hong Kong and also in charge of Macau policy from 2003-2006.   He was the Political and Economic Counselor at the U.S. Embassy in Yaounde, Cameroon, also covering affairs with Equatorial Guinea, from 2001-2003.

From 1996 to 2001, Mr. Sullivan worked in the Economic Bureau’s Trade Policy Office and on European Union issues in the Office of Economic Regional Affairs.  He served in Japan’s economic section from 1994-1996.

Mr. Sullivan obtained a Masters of Business Administration and Masters of International Affairs from Columbia University.  Prior to that, he worked in Citicorp’s Private Banking Group in San Francisco.  After graduation, he worked as a Financial Analyst at the Federal Reserve Bank of New York.  He speaks French, Chinese, Spanish, and Japanese.  He is married.