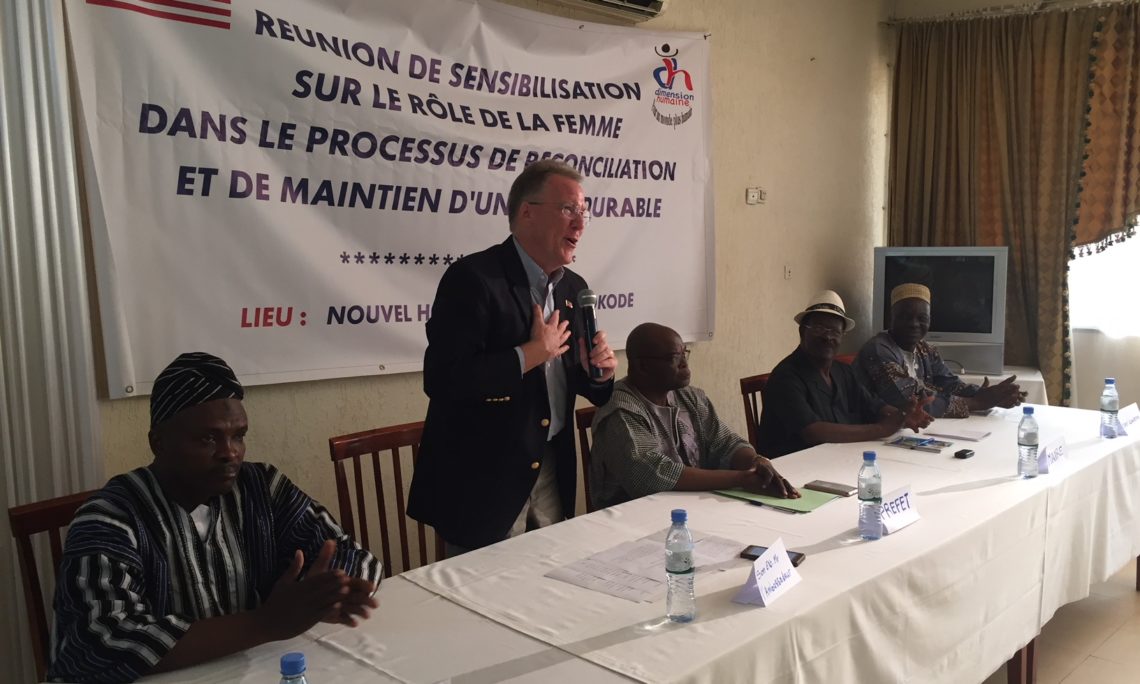 Sokode, Togo’s second largest city and the scene of several violent clashes between protestors and security forces over the past several months, was the location for an Embassy Lome-sponsored workshop on the role of women in the process of conflict resolution which took place on Dec. 20. The workshop brought together local authorities, religious leaders, members of different political parties, and heads of various civil society and community associations to discuss ways to constructively manage disputes and resolve conflicts. Opening the workshop, Ambassador Gilmour urged the participants to keep channels of dialogue open and to reject appeals to violence, in a stirring speech that was interrupted numerous times by applause. The workshop is intended to be the first in a series of Embassy-organized activities in Sokode aimed at encouraging peace and dialogue in place of violence.