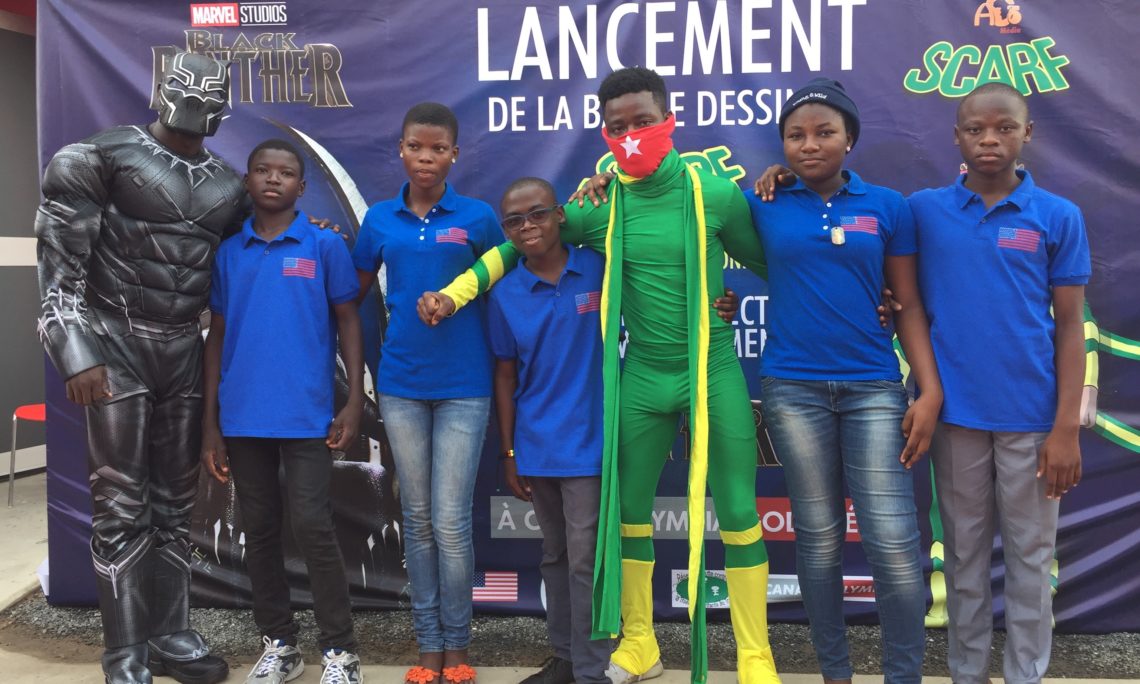 Pictures of the student and comic book Scarf actors

On Feb. 26, at CanalOlympia  Godopé, Embassy Lome’s public affairs and ECO/POL sections launched a comic book, “Scarf”, featuring   a super hero who fight human trafficking in Togo. The launch was part of a gala event that also included the first screening of the new Marvel super hero movie Black Panther, about the super-powered, crime-fighting King of a fictional African country. 300 guests attended the event including the Minister of Communication and the Minister of Social Action. As part of the ceremony, several students from the English ACCESS programs in Kara and Sokode delivered emotional speeches on the theme of “My Hero” that had the crowd standing on their feet to applaud.

The creation of the PAS comic book was made possible by funding from ARS Paris. An outreach campaign will be launched in March to distribute the comic book in vulnerable communities.  Ambassador Gilmour, in his remarks said “ All the ordinary men and women across this country who fight and sacrifice each day to give children education and opportunities to succeed. These, ladies and gentlemen are the real heroes.”