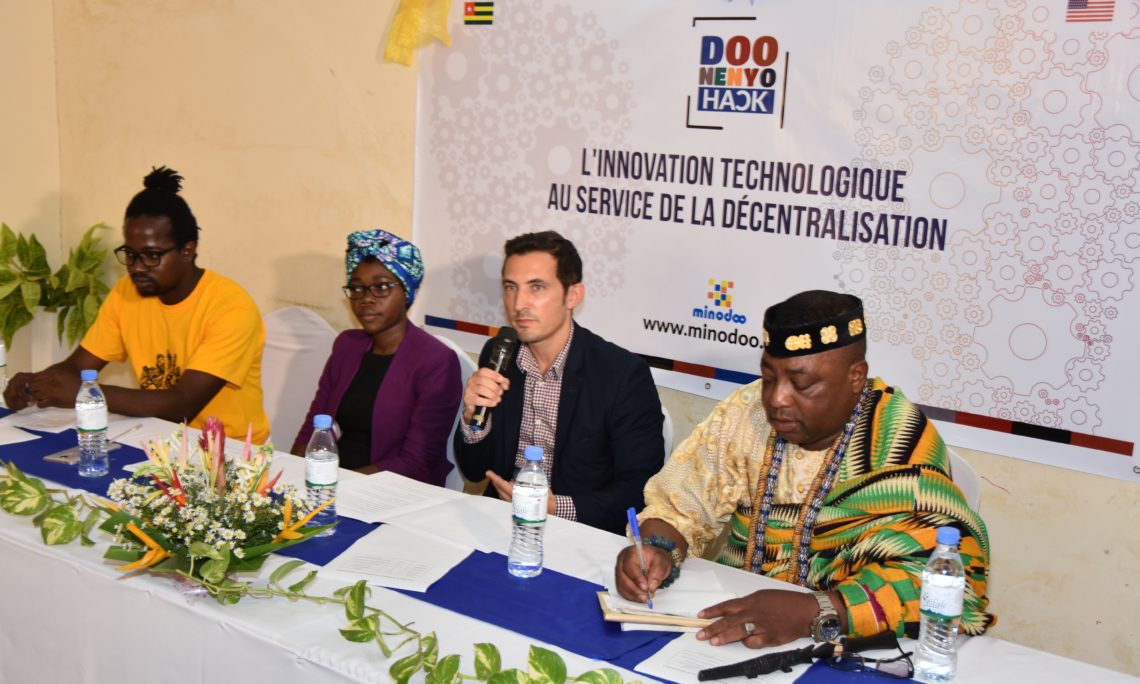 The U.S. Embassy teamed up with the tech collective Minodoo, a group of young coders and software developers, to organize a workshop June 14-17 aimed at putting technology at the service of local governance. The event, titled “Doonyenyo” (meaning “let’s do it together” in local dialect), took the form of a “hackathon” in which the coders joined with experts from the field such as civil society activists and local government officials to examine the challenges related to the provision of effective services at the local level. The participants then split into groups and worked together over the course of three days to develop tech solutions to the challenges that were identified.

The decentralization effort currently underway in Togo will devolve power from the central government and create 116 new communes and 1500 new elected officials. It will be a huge challenge for these newly formed entities to deliver efficient services to the population, said Embassy Public Affairs Officer Mike Pryor during his remarks at the opening of the workshop. “Technology can help to make local governance more effective. All around the world, innovative local governments are using technology and a customer-focused mind-set to innovate and better serve citizens. They are using the internet and mobile applications to create transparency, to make services more stream-lined and efficient, and increase direct engagement with the citizenry,” Pryor said.

The goal of the workshop was to develop tools that have a similarly beneficial effect on local governance in Togo. At the end of the three days, the participants succeeded in creating three new tools. The first was a platform that permits citizens to report problems such as flooding or potholes to their local government and track the response in real time. The second was a platform that allows hospitals to transmit birth records directly to the office that issues birth certificates. And the third was a platform that encourages citizen engagement crowd sourcing volunteer activities.

In the coming months some of these tools will be implemented in a pilot phase, and if successful they could eventually be adopted throughout the country.