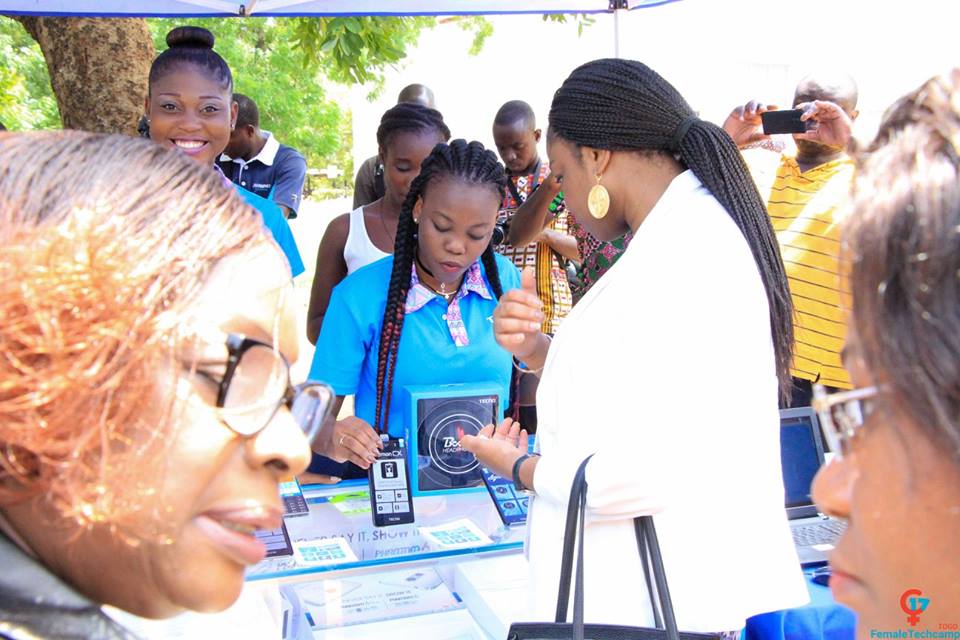 American corner Lome hosted the fourth edition of the two-day Togo Female Techcamp on June 9-10, 2017. This year’s camp focused on electronic payments. Various exhibits were also planned alongside the camp featuring businesses owned by young Togolese entrepreneurs trained at the same American corner during past years entrepreneurship incubator programs. Minister Cina Lawson of digital economy and PAO Mike Pryor attended the opening. Speaking to the young female participants, PAO Pryor exhorted them to be self-disciplined during the program before concluding that “based on the success of the previous editions, I know that the girls who are participating in this camp are about to embark for a unique opportunity. Take full advantage of this opportunity. Over the next two days, you will be challenged but ultimately you will develop both professionally and personally. You will eventually expand your technological skills and above all increase your value in the labor market in an interconnected world.”