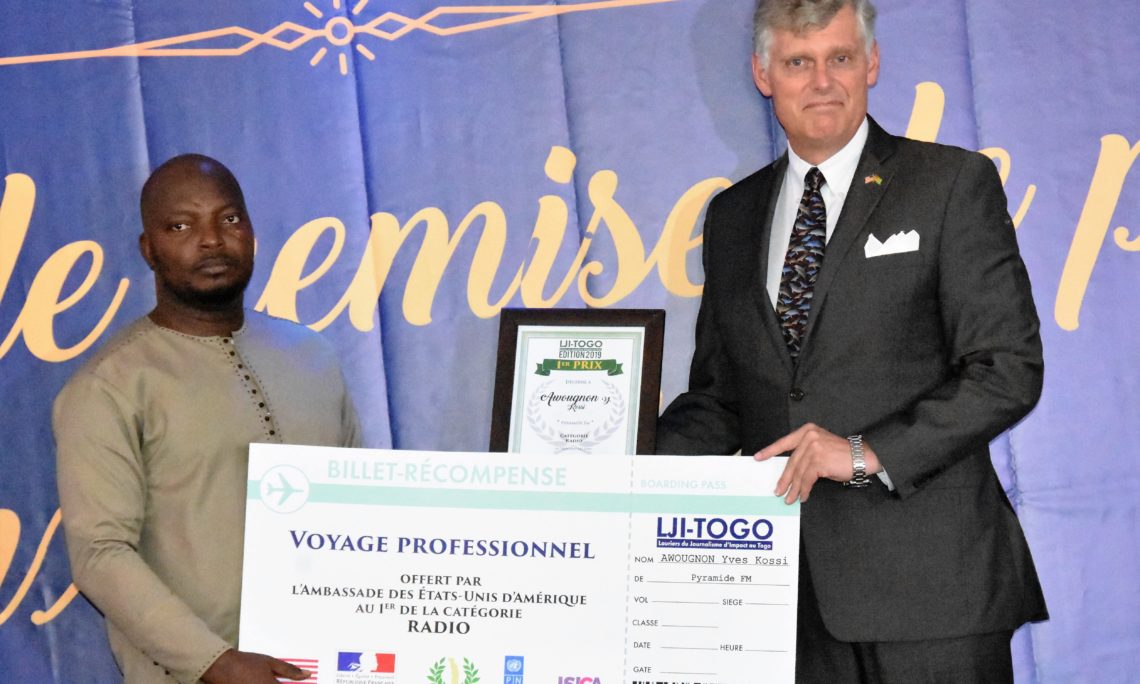 The “Laurels of Impact Journalism” sponsored this year by the embassies of France and Germany, UNDP and the Institut des Sciences de l’Information, de la Communication et des Arts (ISICA) released its final results during an award ceremony at the University of Lomé on May 25.

Candidates submitted 76 productions in total, including 38 for print and online, 25 for Radio, and 13 for Television.

All results by category, links of submitted productions and photos are available on www.lji-togo.com.