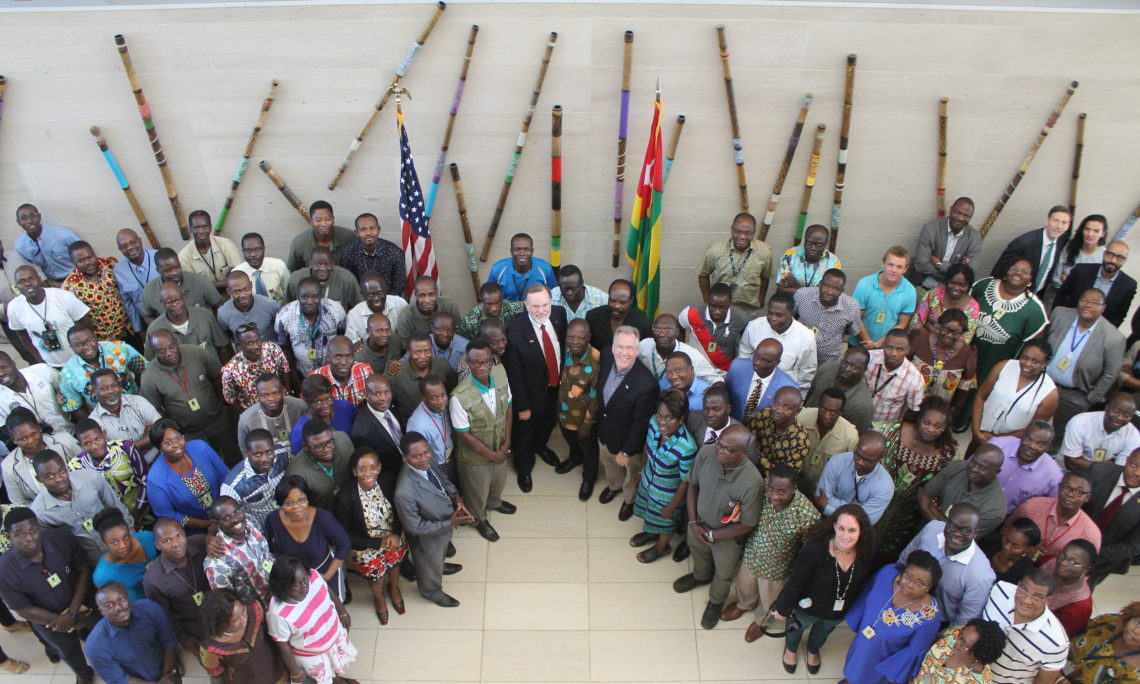 U.S. Assistant Secretary for Africa, Ambassador Tibor Nagy, traveled to Lomé, Togo November 1-2 to preside over a meeting of American Ambassadors and Chargés d’Affaires from 16 countries in the region.
The Chiefs of Mission Conference was held at the U.S. Embassy and included the heads of the U.S. diplomatic missions of Benin, Burkina Faso, Cabo Verde, Chad, Code d’Ivoire, The Gambia, Ghana, Guinea, Liberia, Mali, Mauritania, Niger, Nigeria, Senegal, and Sierra Leone. The event featured discussions around the following themes:
• Advancing Peace and Security through partnerships with African governments and regional mechanisms
• Promoting stronger trade and commercial ties between the U.S. and Africa
• Harnessing the potential of Africa’s youth as a force for economic ingenuity and prosperity
Togo was chosen as the site for the conference thanks to its position as a transport hub, and its reputation for safety, cleanliness, and hospitality.
The visit was a return to Togo for Ambassador Nagy, who previously served as the Deputy Chief of Mission at the U.S. Embassy in Lome from 1987 – 1990.