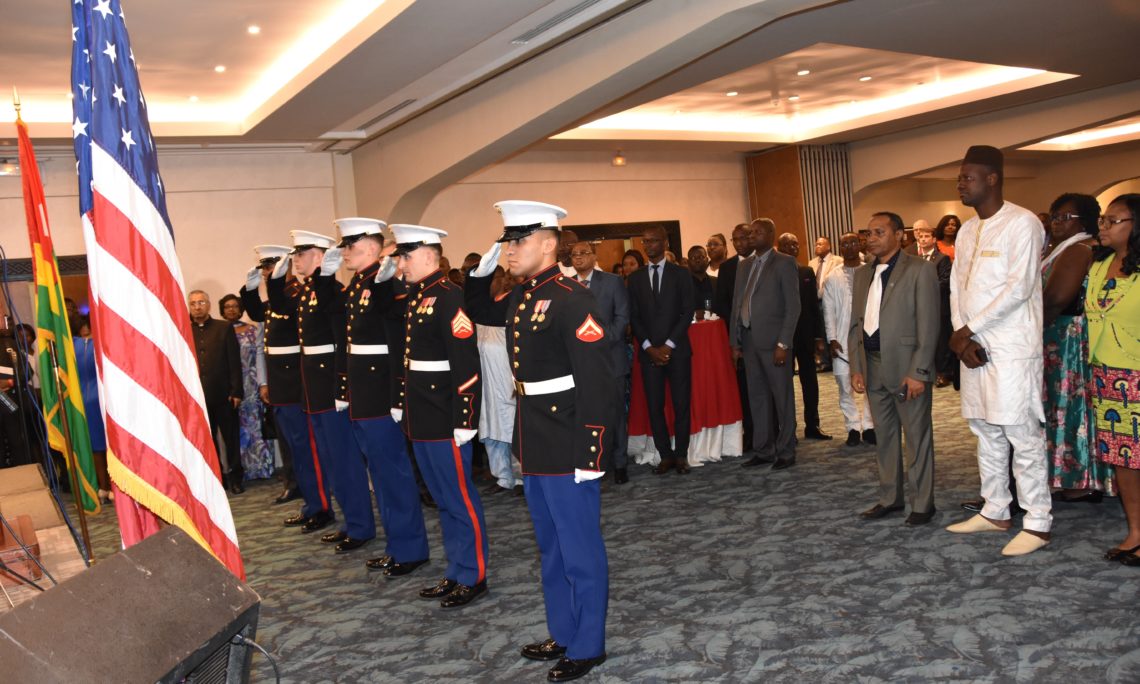 “The United States of America will celebrate the 243rd anniversary of its independence on July 4.  Ambassador Eric Stromayer gave a reception in Lomé on June 27, 2019 to celebrate the event. The reception brought together 300 guests including Togo’s minister of Foreign Affairs, members of the National Assembly, the diplomatic corps and international organizations, as well as administrative, religious, traditional and associative leaders. The theme of this year’s celebration is “Moon landing”, 2019 marking the 50th anniversary of man’s first steps on the moon with astronaut Neil Armstrong.  In his speech, the Ambassador encouraged Togo to make a qualitative leap in the areas of the rule of law, technology, entrepreneurship and social. He also spoke of the importance of combating violent extremism and unlocking the potential of youth and civil society through sustained public efforts. The reception also featured young Togolese innovators, inventors and application developers in the fields of health, management, agriculture, transportation and education, during a side exhibition. Here is the speech of Ambassador Stomayer in full. “