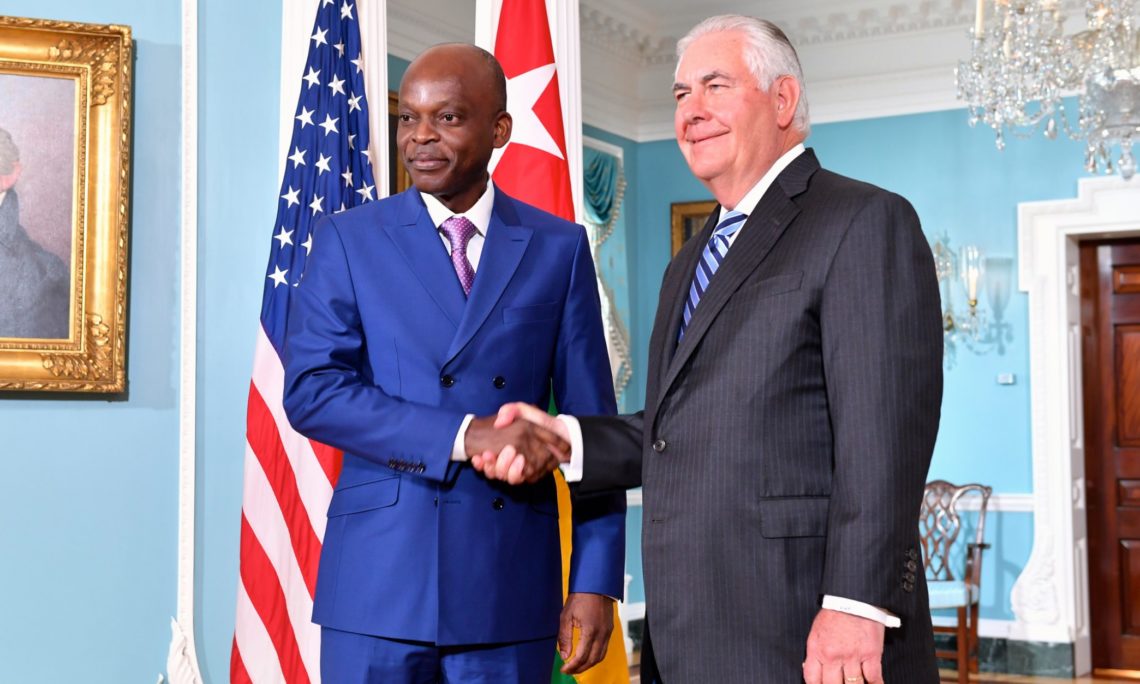 During their discussion, the two men discussed the preparations for the annual AGOA (African Growth and Opportunity Act) Forum which will take place in Lome from Aug. 8-10, and the progress of the Millennium Challenge Corporation (MCC) program in Togo.

There was also talk of the first Africa-Israel Summit in Lome in October. An event supported by the US administration that intends to create a new axis of cooperation between Africa, Israel and the United States.

Finally, Rex Tillerson conveyed to Robert Dussey a congratulatory message after the election of President Faure Gnassingbe at the head of the ECOWAS.