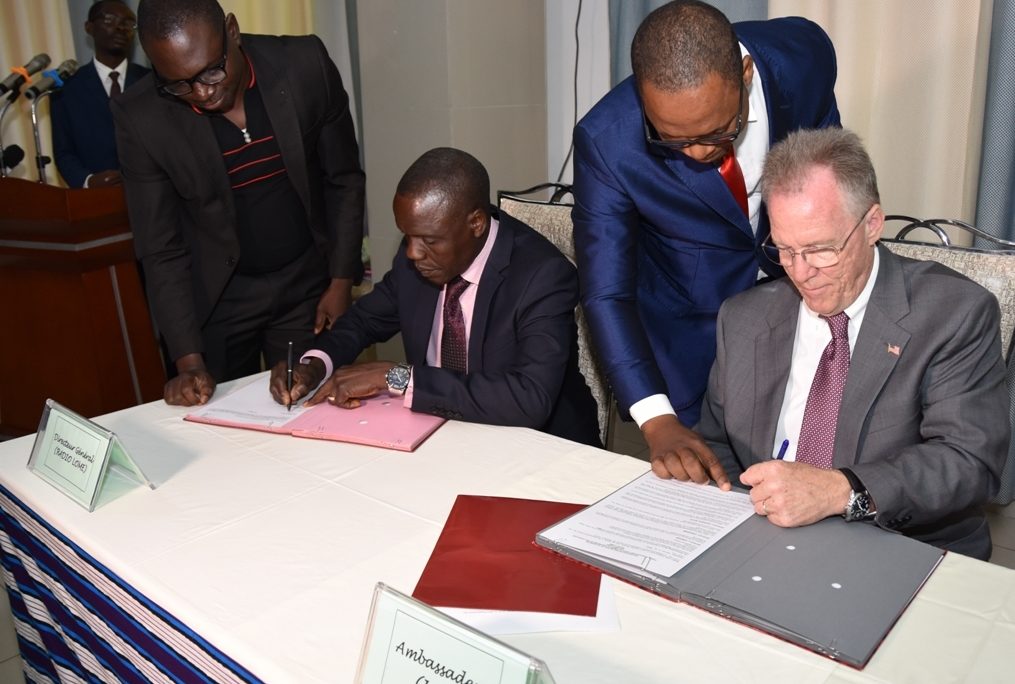 Voice of America (VOA) will soon begin broadcasting over the Togolese airwaves, thanks to an agreement signed September 25  between U.S. Ambassador David Gilmour (representing the Broadcasting Board of Governors) and Willybrond Télou Pitalounani, president of Togo’s High Authority for Audiovisual and Communication (HAAC).

Voice of America is the U.S. government’s international radio and television broadcasting service, providing news and information in more than 40 languages to an estimated weekly audience of 236.8 million people. VOA produces content for digital, television, and radio platforms. Since its creation in 1942, Voice of America has been committed to providing comprehensive coverage of the news and telling audiences the truth.

In his remarks at the signing ceremony, Ambassador Gilmour stressed that VOA will be a source for credible, unbiased information for Togolese citizens. He also added that VOA will help Togolese improve their English, which will aid the country to develop.

It is expected that VOA will begin broadcasting within the next few months on frequency FM 102.3