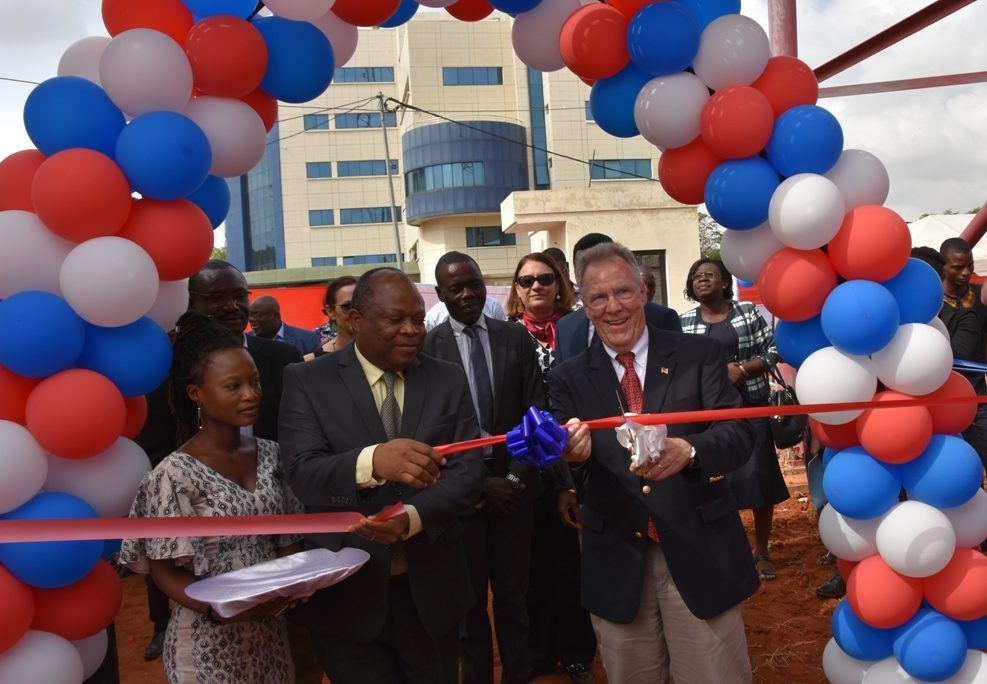 After almost three years of negotiations, Voice of America began broadcasting on its own frequency in Togo, FM 102.3. VOA will provide Togolese audiences with a trusted source of credible information about world events, as well as help more Togolese learn English, a critical development goal. Ambassador David Gilmour flipped the switch that officially launched VOA’s first broadcast in Togo on Dec. 14, following a short ceremony that featured representatives from the Ministry of Communication and the High Authority for Audio Visual Communication. VOA was represented at the event by Heather Maxwell, host of the popular radio program Music Time in Africa. The launch ceremony was followed the same evening by a free public concert attended by 500 people and featuring some of Togo’s biggest musicians such as Jimi Hope, Victoire Biaku, and Santrinos.