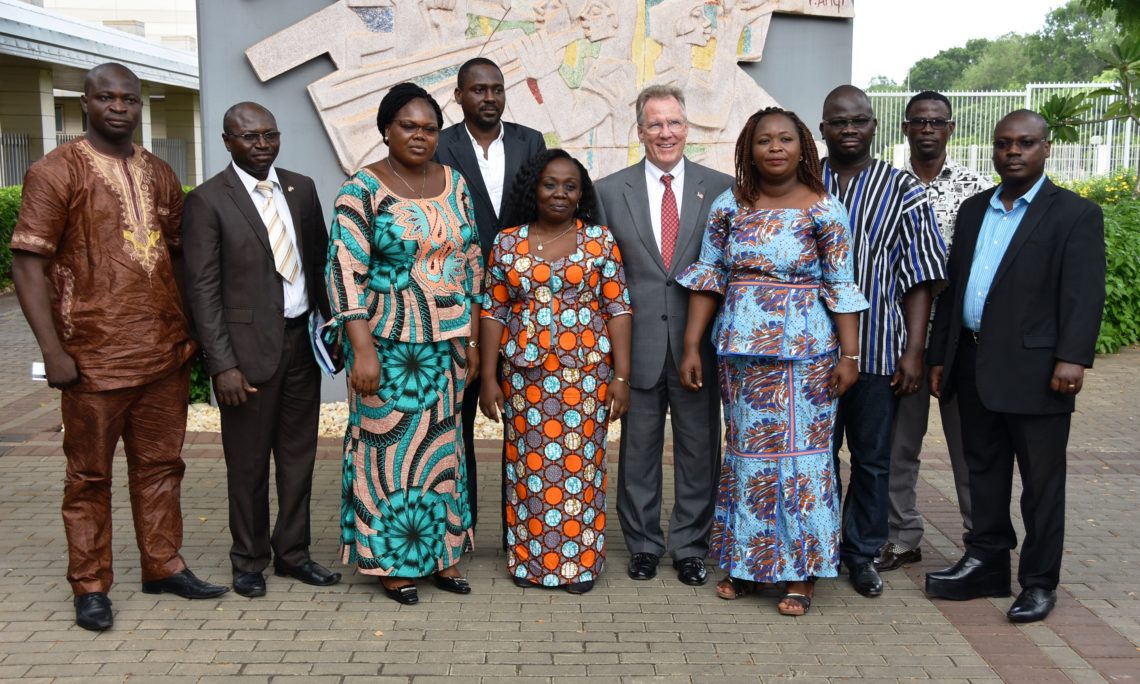 On May 24 the United States Embassy in Togo granted funds to four Togolese non-governmental organizations specializing in the promotion of population health, family planning, and sexual and reproductive health. David Gilmour, U.S. Ambassador presided over the launching of this second phase of the program of the West Africa Ambassadors’ Fund (WAAF).

The four recipients are the following:

To provide accurate and relevant SRH information, in order to stimulate demand for services to increase the access to and use of SRH services among populations of targeted areas through provision of free mobile services.

To increase the use of contraceptive methods by women, men, and young people through community mobilization in two target districts.

To address the SRH/FP needs of adolescents and youth members of Churches and Mosques in Sokodé, Atakpamé, Tsévié and Lomé.

The event allowed beneficiary organizations to give a detailed presentation of their projects and objectives they intend to reach, in the presence of various government officials and institutions in charge of family health.

The Ambassador’s Fund for West Africa received funding for these grants through USAID, the United States Agency for International Development (USAID), including the Regional Office for West Africa based in Accra. One of USAID’s Family Planning Plans, known as AgirPF, is a five-year initiative implemented in collaboration with the US non-governmental organization EngenderHealth and the Ministries of Health and others partners in five West African countries.

WAAF grants are used to build the capacity of the public, private and NGO sectors to provide a wide range of voluntary family planning services, including integrated family planning for people living with HIV / AIDS, as well as services aimed at improving maternal, newborn and child health.